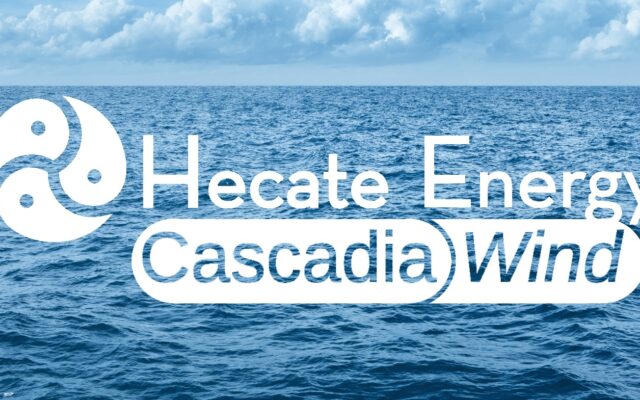 Details have been discovered regarding a second proposed offshore wind farm for Grays Harbor and Pacific County coastal waters.

In addition to the Trident Winds project, an Unsolicited Lease Request was submitted to the Bureau of Ocean Energy Management for an offshore wind project by Hecate Energy (Hecate).

KXRO learned in June that shortly following the release of the request from Trident Winds for their Olympic Wind project, federal officials informed us that a second request had been submitted by Hecate.

Multiple requests to Hecate Energy regarding obtaining a copy of their unsolicited lease request had not been responded to by Hecate since June.

Details about the request have been discovered through a website built by Hecate for their Cascadia Offshore Wind Project (Cascadia), which is larger than the other proposal.

Hecate has a history of solar power projects throughout the U.S., although they have a number of offshore wind projects in the planning process. They note in their request that they have “ample capital to fund the development” of their projects.

In their revised request, it states that the lease area requested for the project is approximately 17 miles off the coast of Grays Harbor.

The project area covers two areas off the Grays Harbor and Pacific County coast, and approximately 403 sq miles, although the final project may occupy a smaller area. 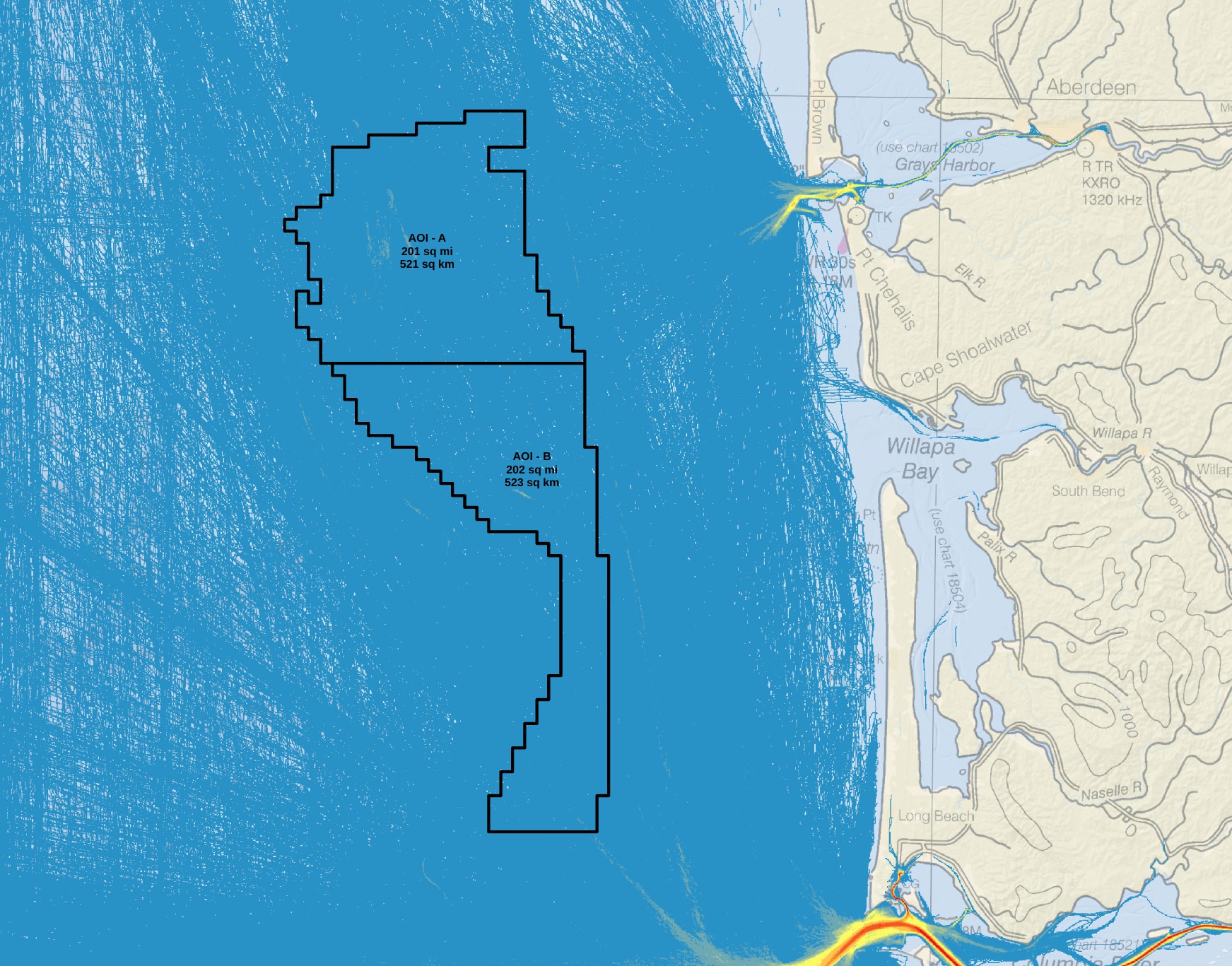 In their request, it states that “marine uses including commercial fishing and vessel traffic routes were evaluated for impact and will be considered for the design, spacing, and layout of the wind project”.

Cascadia would feature up to 134 floating wind turbine generators in the project area, each with a capacity of 15 megawatts, resulting in an overall capacity of approximately 2,000 megawatts (MW).

A megawatt hour measures the amount of power consumed or produced by one megawatt for one hour. This would mean that at peak performance, the wind project could produce approximately 17.5 million megawatt hours in a year.

The Grays Harbor PUD spoke to KXRO and said that in 2021 the local utility distributed 1.6 million megawatt hours, meaning that the proposal would be an increase over the current power output for the system and would require numerous upgrades to the local infrastructure.

They add that coordination with the Washington state government, the Department of Defense, the U.S. Department of the Navy, the U.S. Air Force, local communities, and other stakeholders will be required “to avoid and mitigate potential impacts during the development process”.

Hecate notes that their proposal is in response to Washington’s renewable electricity generation goal of 15% overall. They say that goal was met as of September 2020, with hydroelectric power making up a large percentage of the portfolio.

Developing this facility would advance the national offshore wind goal of 30 GW by 2030, which is a recent goal established in 2021 (White House 2021), as well as the state’s renewable energy mandate of 100% by 2045 as part of the Clean Energy Transformation Act.

If approved, the Cascadia project is expected to take multiple years of development, with anticipated power delivery beginning in 2029, and it would stay in operation for 33 years.