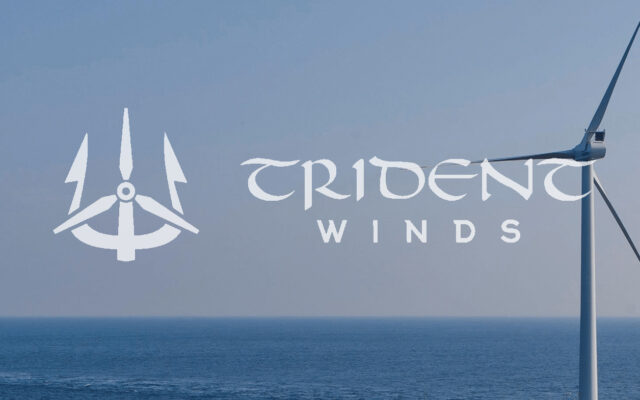 In a release, Trident Winds, Inc. (Trident Winds) announced that they submitted an Unsolicited Lease Request (ULR) to the U.S. Bureau of Ocean and Energy Management (BOEM) for a commercial lease to “pursue the permitting, development, construction, operation, and maintenance of the first floating offshore wind farm off the coast of Washington State”.

The project would develop the Olympic Wind project 43 miles off the coast of Grays Harbor, using wind to deliver what they say is “approximately 2,000 Megawatts of carbon-free energy”.

As a comparable, the US Bureau of Reclamation states that the Grand Coulee Dam has a generating capacity of more than 6,809-megawatts as the largest hydropower generating complex in the United States.

A megawatt hour measures the amount of power consumed or produced by one megawatt for one hour. This would mean that at peak performance, the wind project could produce approximately 17.5 million megawatt hours in a year.

Trident Winds states that this energy output “has a potential” to provide energy to approximately 400,000 households in western Washington.

The Grays Harbor PUD issued a statement to KXRO about the proposed project, saying;

“The PUD has not been contacted by Trident Winds about the detailed PUD information included in a recent document.

Energy generation of this project’s magnitude needs very significant, high voltage transmission service, which requires it to be connected to the regional transmission grid owned and managed by the Bonneville Power Administration, not the PUD’s distribution and sub-transmission system.

The PUD’s substations in Westport and Ocean Shores cannot provide transmission services even with upgrades; they’re for service to customers. The PUD is happy to support any new projects in Grays Harbor with electrical services to buildings and other site needs.

As the project moves forward with these updated facts, the PUD looks forward to hearing more about its progress.”

In January, the Pacific Northwest National Laboratory issued a report on the marine impacts if a similar project were brought to fruition, finding that no long-term environmental effects on fish populations are expected from construction or operation.

Trident Winds states in their release that the project is expected to generate “significant jobs and economic benefits for local communities” while also bringing a project that would help Washington state meet current climate goals and clean energy targets.

“The Olympic Wind project is poised to be the first floating, commercial scale offshore wind installation off the coast of Washington State,” said Trident Winds CEO, Alla Weinstein. “The project will harness our unlimited, carbon-free offshore wind resources for the benefit of all Washingtonians. We believe strongly that all voices matter and look forward to working with stakeholders to form strong partnerships that maximize benefits for surrounding communities.”

Total area requested in the lease for the project would be approximately 338 square miles. 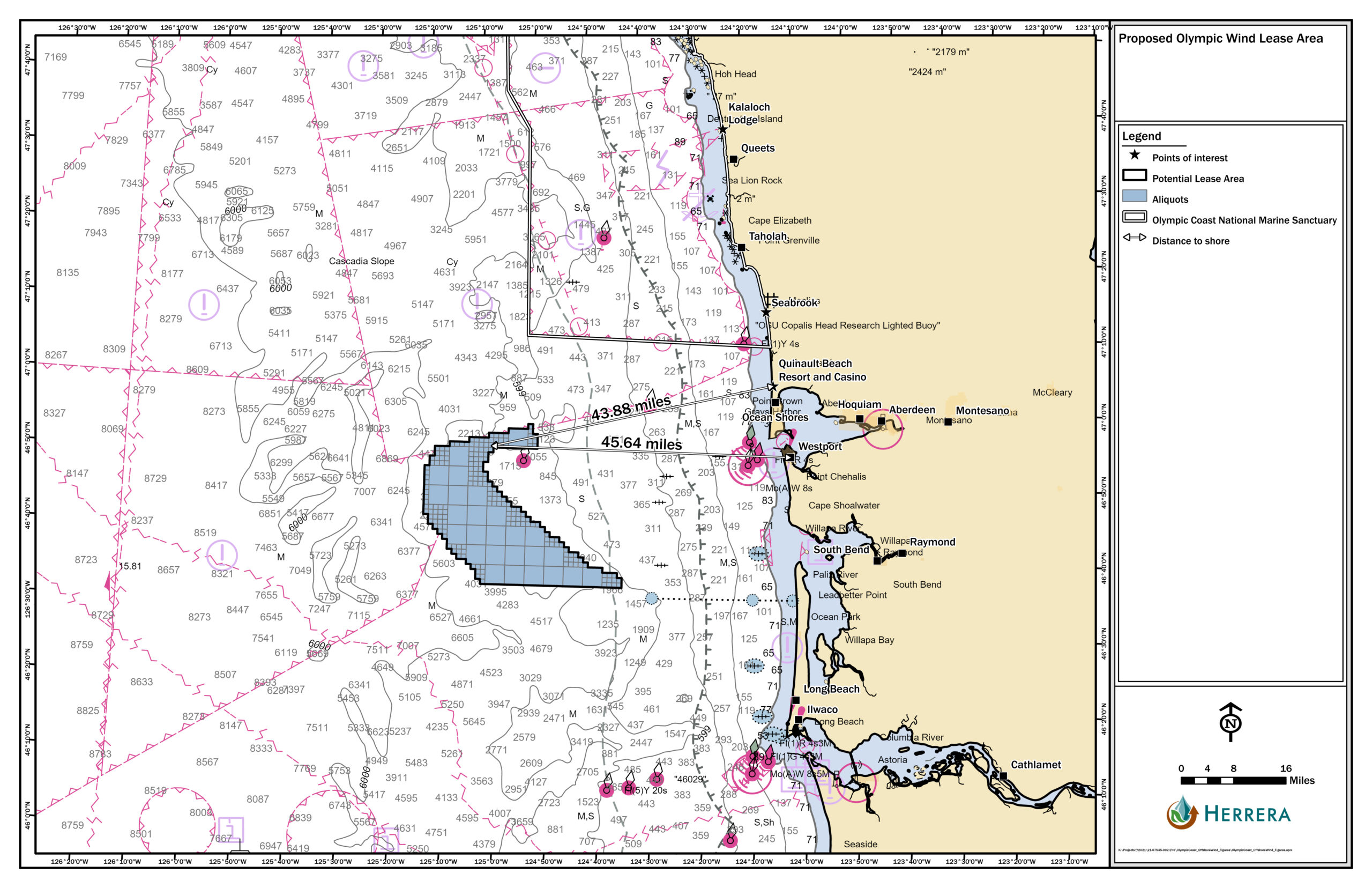 The installation of these floating units are said to be “completely reversible” with no permanent infrastructure left on the seabed if decommissioned. Each unit would be connected with cables that would all be brought together at a floating substation.

Energy produced would be delivered to shore through cables at one of two locations:

Final decision on investment for the Project is expected to be made around 2028, with a full commissioning and commercial operation date of the Project around 2030. This would align with state requirements to transition to greenhouse gas–neutral electricity by 2030 and to 100 percent renewable or non-emitting electricity by 2045. It also follows the Biden-Harris administration’s goal to deploy 30 gigawatts of offshore wind energy by 2030.

The project is expected to operate for 25+ years, with ”a decommissioning or repowering to occur post-2055”.

Trident Winds also has plans for the similar Castle Wind Project that would bring floating offshore wind systems off the central coast of California.