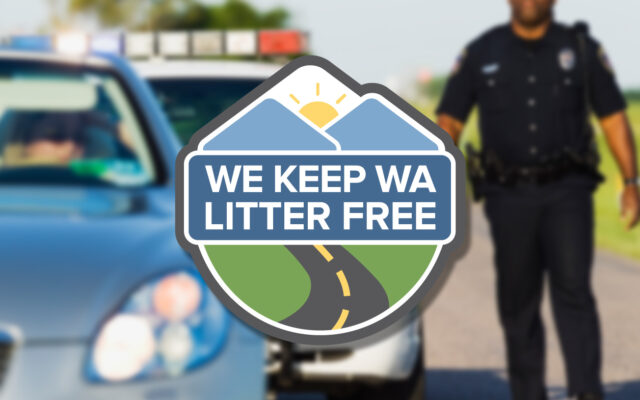 On Monday, the state highlighted their efforts as part of National Secure Your Load Day, which commemorates people whose lives were impacted or taken by unsecured loads and encourages drivers to properly secure their loads every time they drive.

“Washington is the most beautiful state in the country, and to keep it that way we all have to do our part to keep litter and debris off our public spaces,” said Washington Gov. Jay Inslee. “Unsecured loads are a threat to our safety and to the health of our fellow Washingtonians. We’re reminding every driver about the importance of securing their cargo and keeping Washington litter free.”

Monday also marked the first anniversary of the We Keep Washington Litter Free campaign, which initially focused on alerting Washingtonians about the significant safety and environmental impacts of unsecured vehicle loads.

“Last year, debris on highways caused about 300 traffic crashes and 30 injuries in Washington. So far this year, we’ve also seen two known fatalities related to unsecured loads. This is devastating because these crashes were all preventable,” said Sgt. Darren Wright, a public information officer with the Washington State Patrol. “It’s so important to properly secure your load before driving. Anything that flies off a moving vehicle is dangerous, and can even be deadly. In order to save lives, every driver in Washington needs to secure their vehicle load every time they drive.”

As a part of the annual campaign, state troopers are conducting emphasis patrols across the state for three consecutive weekends, starting June 10 and ending June 26.

Drivers can get pulled over and ticketed if their loads are not properly secured in accordance with state law. Fines for littering and unsecured loads range from $50 to $5,000.

If an item falls out and causes bodily harm or property damage, the driver could also face jail time.

The largest fines are for “lit debris” — primarily cigarettes — and items that can cause vehicle crashes.

Officials say that the Washington State Department of Transportation and Department of Ecology together spend $8.5 million a year on efforts to clean the state’s roads and highways.

In the first four months of 2022, WSDOT’s Adopt-a-Highway volunteers and maintenance crews found and removed 136 tons of litter and debris from roadways and rights of way.

“We’re proud of the work we’ve done with local government and state agencies to lessen the harmful environmental impacts of roadside litter, but the truth is that more litter is deposited every year than we can pick up,” said Amber Smith, statewide litter prevention coordinator at the Washington Department of Ecology. “Litter from unsecured vehicle loads affects every corner of Washington and can contain harmful chemicals or cause injuries to wildlife, as well as people. Please, help keep our roads safe, beautiful and litter free by making sure your cargo is properly secured before driving.”

DOE says that tarps, straps and cargo nets are easy and effective solutions for securing many types of vehicle loads and preventing road hazards. The Washington State Department of Ecology is piloting cargo net giveaway events in King, Thurston and Yakima counties in June. Up to 40 statewide retail hardware store partners will also share best practices and products to safely secure loads.

In addition to unsecured loads, the We Keep Washington Litter Free campaign focuses on additional littering behaviors in several sub-campaigns. Statewide advertising for the 2022 Secure Your Load for Safer Roads campaign runs through June.

The public can lend a hand cleaning up roadside litter through WSDOT’s Adopt-a-Highway volunteer program. Anyone interested in joining can learn more on the Adopt-a-Highway program webpage.

Learn more about Ecology’s litter pick up and prevention programs.