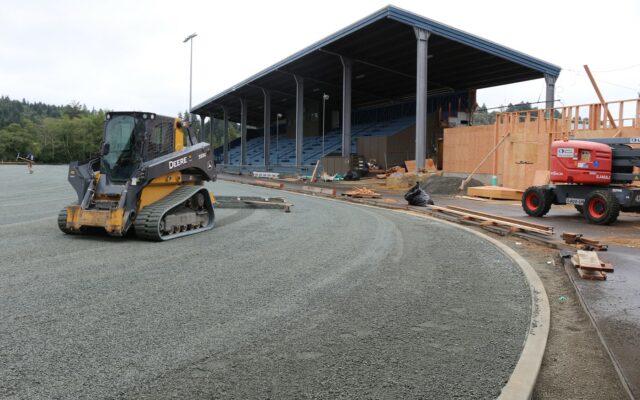 Despite a delay, the Stewart Field project is nearing an end and on track for their updated September 15 completion date.

According to the Aberdeen School District, the project to re-turf Stewart Field and build new restrooms and a storage area is coming along after the delay that forced the change to Olympic Stadium for this weekend’s 117th Aberdeen-Hoquiam Game.

ASD says that the contractor on the project, FieldTurfUSA, expects to start installing the actual turf soon with completion on track for September 15.

If the new timeline holds true, the Aberdeen Bobcats could possibly see actual home field advantage for the first conference game of the season.

The project had initially been expected to finalize prior to the rivalry game on Friday, although a missed water permit meant that work needed to be delayed beyond the first and second game of the season.

If the adjusted timeline holds, the Aberdeen Bobcats could possibly see home field advantage for the first conference game of the season, scheduled against Centralia on September 16.