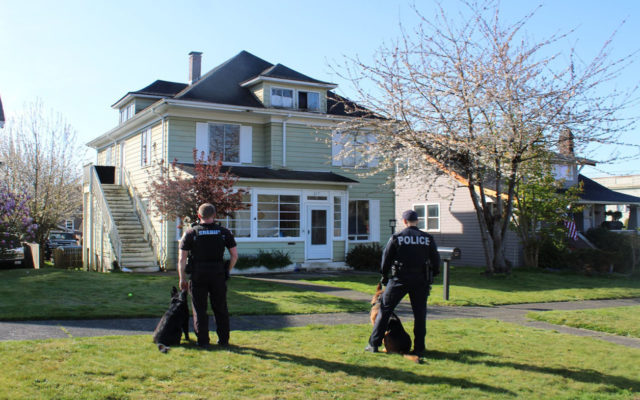 Police tell KXRO that the Drug Task Force served the search warrant for alleged illegal drug sales in the 200 block of West 3rd Street in Aberdeen.

According to police, a 24-year old Aberdeen man was booked into the Grays Harbor County Jail on drug trafficking charges.

This was the second time in less six months that the Grays Harbor Drug Task Force has served a narcotics warrant at the location.

The residence is directly across the street from McDermoth Elementary School.

Designated “School Enhancement” areas are considered during sentencing if a person is found guilty of illegal drug sales near school areas.

Police say suspected heroin and methamphetamine were seized from the location.

They say the Drug Task Force, in collaboration with their local law enforcement partners, will continue to target mid-level drug traffickers because they profit from poisoning our communities and burdening our citizens into the spiral of addiction and criminal activity.

If you know of illegal drug sales occurring within Grays Harbor County you are encouraged to leave tips at 360-249-3050.