Statewide phase changes on pause until end of July at least 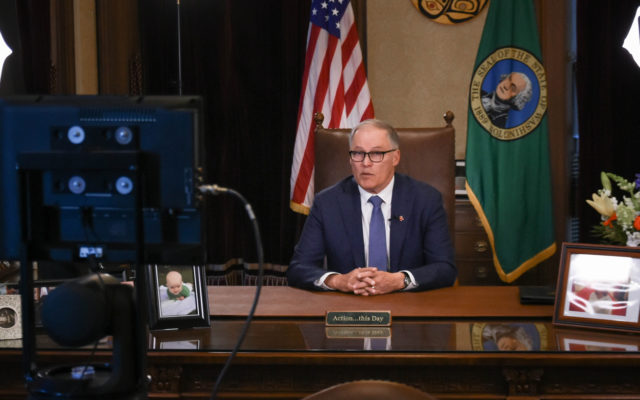 Counties will remain in their current phase of reopening for a while longer, according to Governor Jay Inslee.

In his latest briefing, Gov. Inslee says that he is continuing his  pause on considering county Safe Start applications to move to next phase to at least July 28.

“This virus isn’t going away on its own. We have to beat it.”

The pause implemented earlier this month was originally intended to be in place for two weeks for the state’s 39 counties, which are in various phases of a four-stage economic reopening plan.

Inslee cited data that shows transmission rates of COVID-19 are increasing throughout most of the state instead of falling, and there’s a growing percentage of new cases among Washingtonians in their 20s.

He added that rising case counts mean there is a “significant risk” that parts of the economy may be closed again if the current trends don’t change.

Inslee added that Yakima County is showing recent mask orders seem to be bringing a decline to transmission rates.