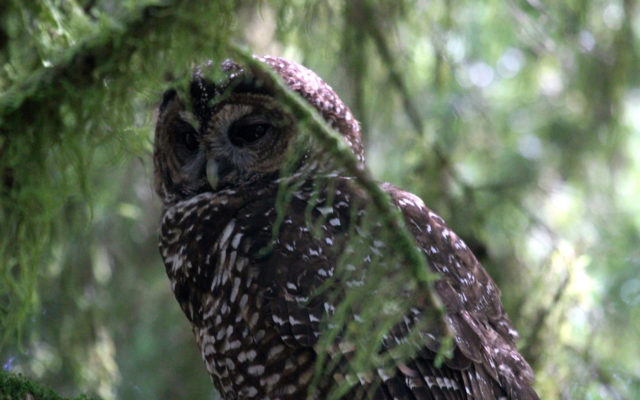 Eight Democratic U.S. lawmakers are calling for an investigation into “potential scientific meddling” by the Trump administration in its rule to remove critical habitat protections for the imperiled northern spotted owl in the Pacific Northwest.

The Associated Press says that the group, led by Wyden, says former Interior Secretary David Bernhardt “appeared to unilaterally act” on his way out of office to remove millions of acres of protected habitat designated for the owl.

“In less than two brief years under David Bernhardt’s leadership, the department has been mired in one ethical scandal after another,” the lawmakers said in a letter to Interior Department Inspector General Mark Greenblatt seeking a review.

“Bernhardt and his loyalists have demonstrated a willingness to insert themselves into the scientific process in order to achieve preferred policy outcomes, withhold information from the public, and even mislead Congress,” the letter said.

In mid-January, the U.S. Fish and Wildlife Service under then-President Donald Trump announced it would remove 3.4 million acres (1.4 million hectares) in Oregon, Washington state and Northern California from federal protections.

The lawmakers called that decision “as bewildering as it is damaging.” Fish and Wildlife, which is overseen by the Interior Department, didn’t immediately respond to an email seeking comment on the letter.

Environmentalists accused Fish and Wildlife of taking a parting shot at protections designed to help restore the owl in favor of the timber industry. The tiny owl is listed as threatened under the Endangered Species Act and was rejected for an upgrade to endangered status last year by the agency despite losing nearly 4% of its population annually.

Timber groups applauded the decision. Loss of the ability to log in areas protected for the spotted owl has devastated rural communities, experts say.

“While the Biden administration has taken actions to mitigate the effects of this rule, we ask that you quickly review this decision and to determine whether USFWS contradicted or ignored scientific recommendations made by career staff,” lawmakers wrote to the inspector general.

The northern spotted owl, which prefers to nest in old-growth forests, received federal protections in 1990 — a listing that dramatically redrew the economic landscape for the Pacific Northwest timber industry and launched a decadeslong battle between environmentalists and loggers. Old-growth Douglas firs, many 100 to 200 years old, that are preferred by the owl are also of great value to loggers.

After the owl got protections, U.S. officials halted logging on millions of acres of old-growth forests on federal lands to protect the bird’s habitat. But the population kept declining. It faces another threat: competition from the barred owl.

The Fish and Wildlife Service has since said the northern spotted owl warrants the more robust “endangered” status because of continued population declines but refused to grant it last year, saying other species took higher priority.

Joining Wyden in the request for an inspector general’s review were U.S. Sens. Dianne Feinstein of California, Jeff Merkley of Oregon, Maria Cantwell of Washington and Patty Murray of Washington as well as U.S. Reps. Raúl Grijalva of Arizona, Earl Blumenauer of Oregon and Jared Huffman of California.