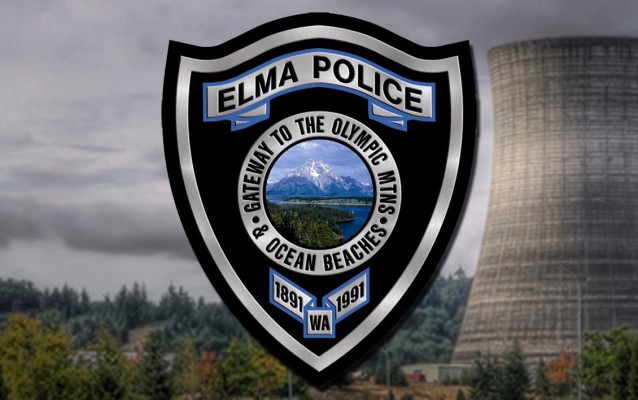 Elma, WA – Elma Police Chief Susan Shultz issued a statement saying that early Tuesday morning, around 3am, an Elma Officer was called to the 1700 block of W. Main Street, for a reported burglary in progress. She tells KXRO that the home owner reported their front door had been kicked in.

Officers from the Grays Harbor Sheriff’s Office, Montesano Police and McCleary Police all responded to assist, and while investigating the first reported burglary, officers were dispatched to a second burglary in progress in the 100 block of N. 9th.

The second home owner reported to police that the suspect kicked the front door in, and when he armed himself and checked the home he found a man pointing an AK-47 at him.

As the officers were responding to the second burglary, they were dispatched to a third burglary in progress in the 600 block of W. Young Street.

Shultz says that an Elma Officer found a man on W. Young Street holding a rifle. When ordered at gunpoint to show his hands, the male refused and disappeared between parked vehicles.

As officers set up a perimeter around the area, they were dispatched to a 4th burglary in progress in the 500 block of W. Waldrip, and then to the 300 block of S 4th Street for a reported robbery.

The robbery victim reported a man stole the keys to their vehicle at gunpoint and officers found the suspect in the driveway of the residence.

According to the report, the 37-year-old Shelton man resisted and it took several officers to take him into custody.

Following the arrest, the man was taken to Summit Pacific Medical Center for an abrasion he suffered, and while at the hospital,he became combative and injured the Elma Officers.

Officers located an AK-47 at the scene with a loaded magazine inserted and a round in the chamber. It was discovered later that the Shelton man was ineligible to possess firearms.

The male was arrested for 5 counts of Burglary in the 1st degree, Robbery 1st Assault 1st degree, Assault 3rd and Unlawful possession of a Firearm.

Anyone with additional information is urged to contact the Elma Police Department at 360-482-3131.