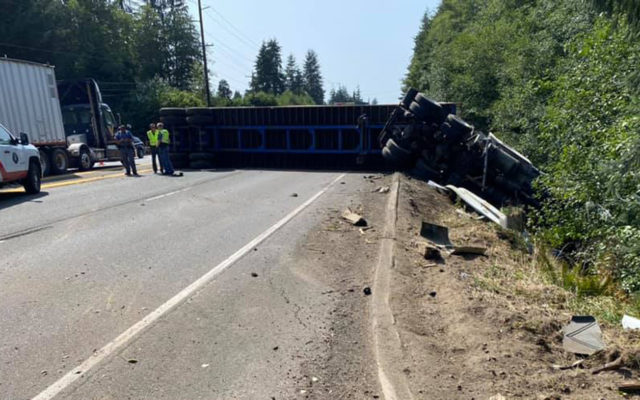 The Washington State Patrol tells KXRO that just before 3:00 pm on Tuesday afternoon a 59 year old Tukwila man was driving a semi with trailer west on SR12.

The State Patrol says that the truck left the road to the right near Bryrwood Drive and rolled onto its side blocking both westbound lanes.

The driver was transported to Harbor Regional Health Community Hospital for his injuries.

The State Patrol says the cause of the accident was the driver falling asleep and the man was charged with negligent driving.

Both the tractor and the trailer were totaled in the accident that blocked traffic for five hours.