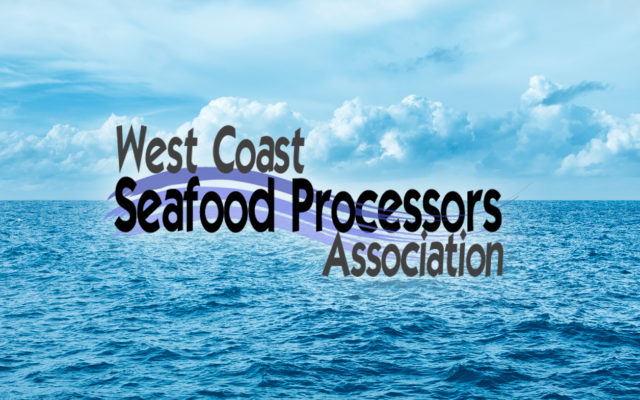 West Coast Seafood processors  says that their membership is concerned about a study on the impacts of sea otters on coastal fishing.

The West Coast Seafood Processors Association says that they join other ocean stakeholders in a lack of confidence about concerns raised about the otters.

In a release, the group says that a cost and feasibility study from that U.S. Fish and Wildlife Service (USFWS) considering the reintroduction of sea otters to the West Coast was expected to be out by the end of last year.

That study is being finalized, but USFWS staff provided an overview of the study to key seafood industry leaders.

Based on that conversation, representatives from the West Coast Seafood Processors Association (WCSPA), Pacific Coast Federation of Fishermen’s Associations (PCFFA), and the California Sea Urchin Commission anticipate the feasibility study will be released in the coming weeks. They add that while the specific content of the study is unclear, the overview provided did nothing to alleviate concerns expressed by the fishing industry.

“We remain very concerned that the issues we identified in our letter last year will not be adequately addressed in the Fish and Wildlife Service’s cost and feasibility study,” West Coast Seafood Processors Association Executive Director Lori Steele said. “For example, in the cost analysis, it’s clear the study will not account for net impacts associated with losing economically and culturally important fisheries like the Dungeness crab fishery and the California sea urchin fishery.”

The groups, along with 21 other port, fishing, and seafood organizations in Washington, Oregon, and California, sent a  letter to the USFWS in August 2021, requesting specific issues be addressed in its cost and feasibility study.

They say that this letter was sent in response to a provision included in  the Consolidated Appropriations Act of 2021, mandating the USFWS to “…study the feasibility and cost of reestablishing sea otters on the Pacific Coast of the contiguous United States, and to report to Congress on the results of such a study within one year of passage of this bill.” Congress passed the bill on Dec. 21, 2020, and it was signed into law on Dec. 27, 2020.

USFWS staff had indicated that its study will conclude that reintroducing sea otters to the West Coast is feasible from a biological, socio-economic and regulatory perspective, but that more in-depth, site-specific analysis will be required to address and potentially mitigate negative socio-economic impactsand losses to fisheries.

“Assuming that feasibility is found, we expect that lessons learned from similar efforts in Southeast Alaska will be incorporated here. We must not forget that local ecosystems have evolved without sea otter presence and absent careful and thoughtful planning, there is a very real concern about dire impacts to the commercial fishing industry,” PCFFA Executive Director Mike Conroy said.

The seafood processers stressed that “Careful consideration must be given to the reintroduction of sea otters” and that those in California and Southwest Alaska are currently listed as threatened under the Endangered Species Act. They say that their presence in the ocean, bays and estuaries could affect more than just commercial landings and recreational fishing activities.

“Port projects and infrastructure maintenance, oyster aquaculture operations, renewable offshore energy projects and shipping could all see changes due to the presence of sea otters. Additionally, unintended legal and enforcement consequences from sea otter reintroduction could result in changes to fisheries regulations, large fines for individuals or companies and more.”

The release states that seafood industry members are wary that the USFWS study will give the green light to politicians, fisheries managers and existing groups pushing for sea otter reintroduction to move forward expeditiously and without proper planning. They worry that their introduction to areas of the West Coast where sea otters have been absent for many years (primarily Oregon and Northern California) could result in significant losses to commercially and recreationally important fisheries and coastal communities.

“There is no doubt reintroducing sea otters will have significant impacts on fisheries, ports, and other industries,” California Sea Urchin Commission chairman Dave Rudie said. “We’ve seen it happen already in California. Look at what happened to Pismo clams in Pismo Beach and the loss of the abalone fishery in Morro Bay and Monterey in the 1960’s and 1970’s.”

“Experience with the San Nicolas translocation of sea otters in Southern California in 1986 resulted in mismanagement and broken promises made to Congress, the sea urchin industry and the public,” California Sea Urchin Commission Executive Director David Goldenberg said. “The U.S. Fish and Wildlife Service has done nothing to prove they can avoid the mistakes of the past. It was obvious to industry representatives they failed to consider the economic losses to the seafood industry, fishermen, endangered and threatened seafood species, including abalone, and the loss of locally harvested seafood to California citizens in the near – and long-term future.”