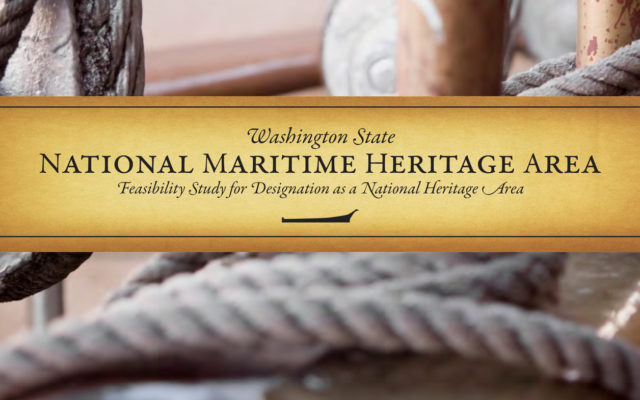 “Growing up on the Olympic Peninsula, I’ve seen firsthand how our public lands have captivated both visitors and residents alike and served as key economic drivers for our local communities,” said Rep. Derek Kilmer (D-WA). “This bill delivers on our region’s long-standing priorities to protect our environment and support continued access to our public lands for generations to come. From the permanent reauthorization of the Land and Water Conservation Fund, to the creation of Washington’s first two National Heritage Areas, this bill represents a huge win for Washington state. I applaud the leadership of Senator Cantwell who fought tirelessly to ensure that our priorities were included.”

This bill is similar to the “Maritime Washington National Heritage Area Proposed Boundary” that was introduced by Kilmer in 2014.

The bill would create a heritage area that would include lighthouses, historic vessels, parks, and other landmarks within one-quarter mile of the shoreline.

The measure is the largest public lands bill considered by Congress in a decade.

The bill will permanently reauthorize the Land and Water Conservation Fund (LWCF) to ensure that the program can continue supporting conservation and recreation in communities across the country. Since its creation, LWCF has supported more than 600 projects for parks, trails and other outdoor spaces in Washington, including popular sites like Olympic National Park, Lake Chelan, Gas Works Park, and Riverside State Park. In that time, the LWCF has invested $675 million in Washington’s economy.

It combines more than 100 separate bills that designate more than 350 miles of river as wild and scenic and create nearly 700,000 acres of new recreation and conservation areas. The bill also withdraws 370,000 acres in Montana and Washington state from mineral development.

The bill would permanently reauthorize the federal Land and Water Conservation Fund, which supports conservation and outdoor recreation projects across the country.

The House approved the bill 363-62, after it passed the Senate 92-8. and is now waiting for the president’s signature.