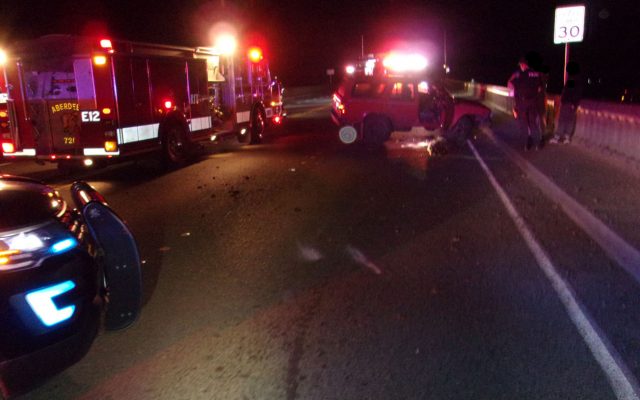 Aberdeen, WA – A man was hit by a suspected drunk driver near the Chehalis River Bridge.

The Aberdeen Police Department tells KXRO that on Saturday at about 1:30 a.m. an officer saw a red SUV heading north on Scott Street approaching the south end of the Chehalis River Bridge.

According to police, the SUV suddenly veered east and onto the sidewalk on the east side of the roadway at the dike, striking the concrete barricade.

The SUV continued back on the road and then struck the east side of the bridge again moments later.

The officer saw a male pedestrian was on the ground where the initial impact occurred and immediately started first aid, applying a tourniquet to his leg.

They say the leg had sustained catastrophic injuries from being hit by the SUV and the man was transported to Harbor Regional Health Community Hospital by Aberdeen Paramedics.

According to police, they detected a strong odor of intoxicants coming from the SUV and the driver, a 25 year-old Hoquiam resident, exhibited the effects of alcohol.

The driver was arrested for vehicular assault and a 20-year-old passenger was also transported to HRH Community Hospital. 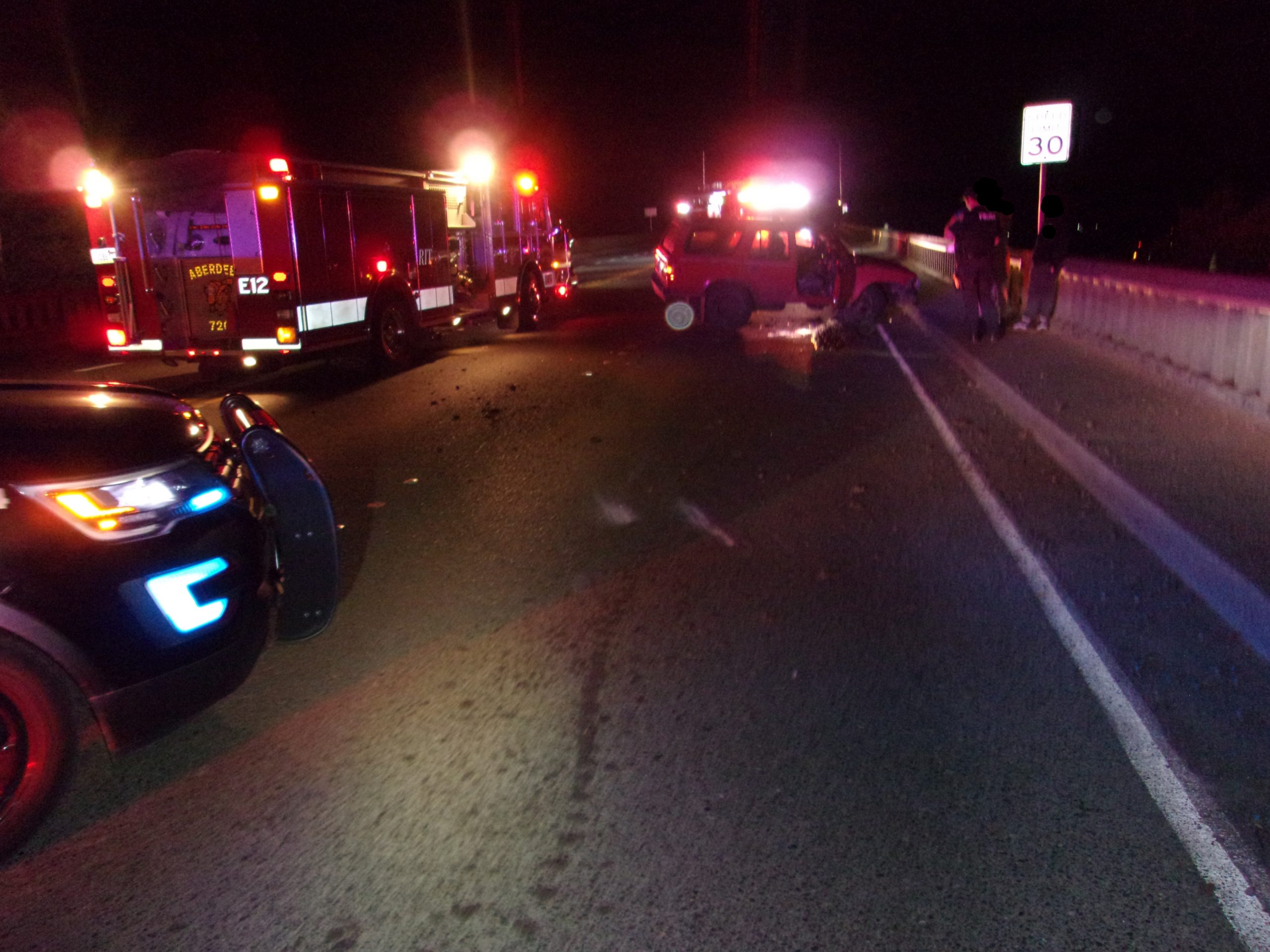