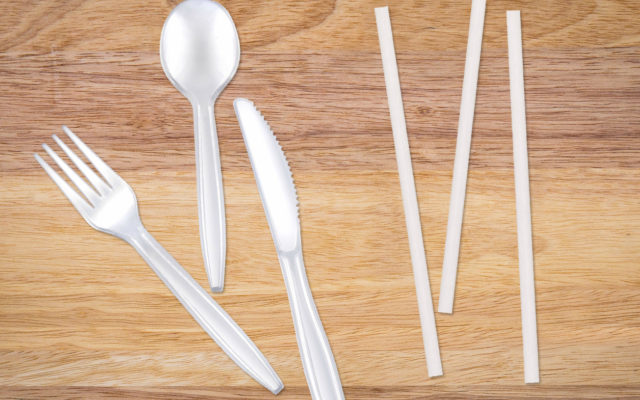 A move to eliminate plastic waste in Aberdeen will be under review.

Aberdeen City Councilman Joshua Francy spoke on Wednesday of the dangers of plastics and the harmful effects they have on the local ecosystem.

Following his presentation, Francy introduced a motion on Wednesday that would require local restaurants and bars to eliminate plastic waste.

If eventually passed, the motion would prevent these establishments from giving out plastic silverware and straws unless the customer specifically requests such items or if they are needed for various reasons.

Other cities within the state and across the country have introduced similar rules.

Council President Dee Anne Shaw amended the motion to refer the matter to the Public Works Committee for review before being presented back to the council. That amendment was passed unanimously.

Corporation Counsel said that it may take some time to craft an ordinance around Francy’s request, but it may return to the council for possible action in the coming meetings.