Olympia, WA – Grays Harbor and Pacific County are in the top three for unemployment in the state.

According to the Employment Security Department’s non-seasonally adjusted numbers for August, Pacific County had the second highest unemployment rate in the state at 6.8% and Grays Harbor was tied for third with Pend Oreille at 6.6%.

Ferry County had the only higher rate at 8%.

Grays Harbor’s labor force shrank by 158 from July to August and the total number of those employed fell by 239 while those on unemployment grew by 81.

In Pacific County the labor force grew by 25 but the total number of those employed dropped by 13 and those on unemployment grew by 38. 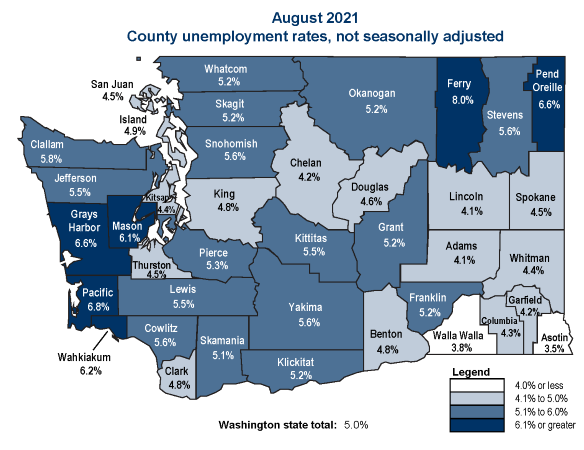