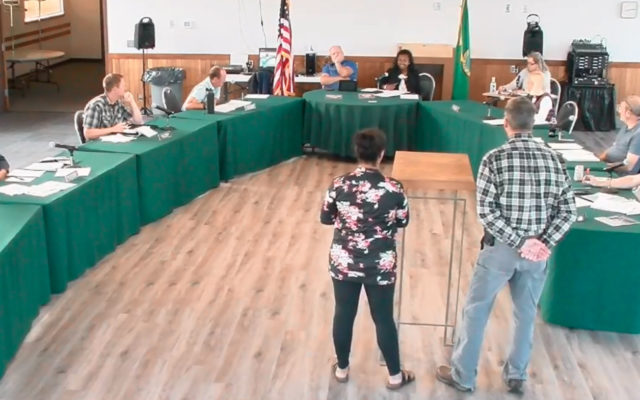 A candidate running for a separate city council seat was appointed to the Montesano City Council.

Montesano City Councilmember Megan Valentine resigned from the council, leaving a vacant position. The two candidates who put in for the seat, in Rollin Caryl and Brooke Chapman-Hoiness, had both filed for separate seats open in this years election.

During the meeting on Tuesday night, the council asked both candidates a series of questions regarding their experience and desire for the position.

Following the questions, and an executive session to discuss qualifications, the Montesano City Council chose Rollin Caryl to fill the vacancy through the 2023 election.

The council voted 4-1 in favor of Caryl.

Only Councilmember Dan Wood voted against the appointment, citing a lack of business and youth sports connections as well as a lack of women on the council in preferring Chapman-Hoiness.

Councilmember Trimble recused himself from the vote.

In this upcoming election, Caryl has filed for Position 2 while Chapman-Hoiness has filed for position 6. Caryl could still be elected to the council for a full term, in which a vacancy would once again be made.