March Unemployment report for counties released, yet to show the effect of shutdowns 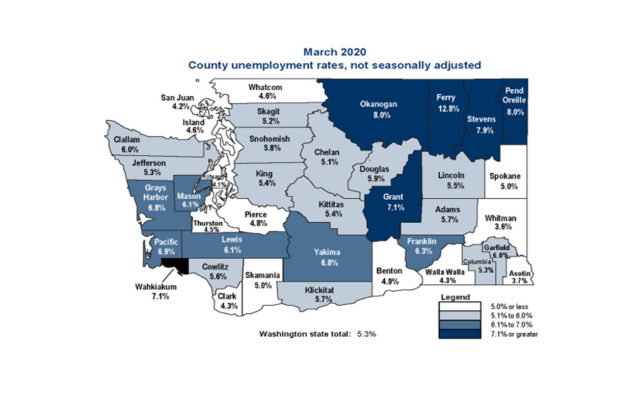 Grays Harbor, WA – The March unemployment report for Washington counties was released and it has yet to show the effect of shutdowns from the COVID-19 pandemic.

Grays Harbor’s unemployment rate continued to drop and was tied with Yakima as the eighth highest in the state.

It was also down from last March when the rate was 8.1%.

Pacific County was the seventh highest in the state with an unemployment rate of 6.9%.

The unemployment numbers are expected to rise due to the work stoppages caused by the Coronavirus. 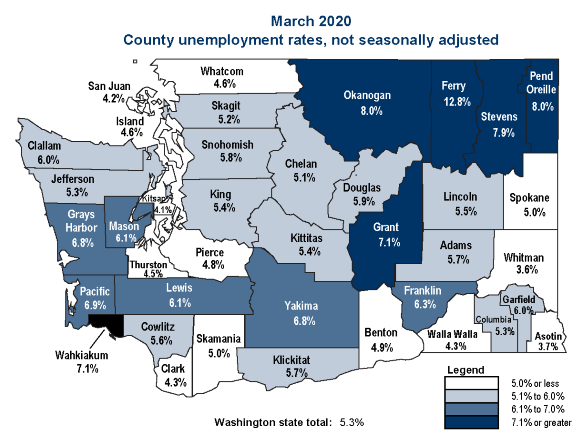