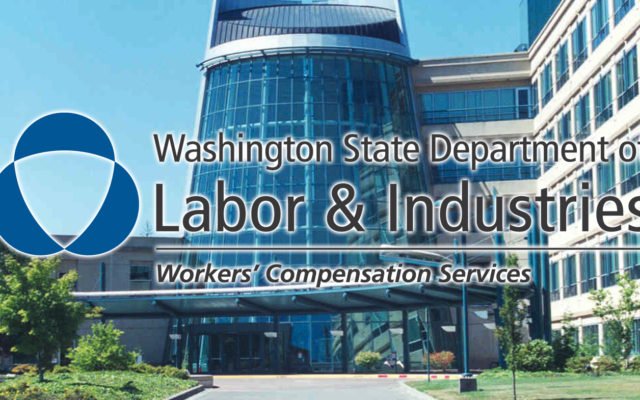 The Department of Labor & Industries is proposing a decrease in average workers’ comp rates.

L&I issued a statement that the price of workers’ compensation insurance in Washington would drop for the third year in a row under a proposal.

They announced that the proposal includes a 0.8 percent decrease in the average premium employers would pay for the coverage in 2020.

“Workplace injury rates in Washington are declining, and we’ve had great success in recent years helping injured workers heal and return to work,” said L&I Director Joel Sacks. “That’s good for everyone and is helping us keep the price of workers’ compensation insurance down.”

In 2018 the average workers’ compensation premium rate dropped by 2.5 percent. L&I lowered the 2019 rate by another five percent, which they say was the largest decline in more than 10 years.

The proposed decrease would mean Washington employers, as a group, pay a total of $21 million less in premiums.

This price drop, according to L&I, would result in employers paying an average of about $15 less a year per employee for workers’ compensation coverage.

The public will have an opportunity to provide input about the rate proposal before a final decision is made in late November.

Public hearings have been scheduled to comment on the 2020 proposed rates:

More information about the proposal is available at www.Lni.wa.gov/Rates.

Final rates will be adopted by early December and go into effect Jan. 1, 2020.