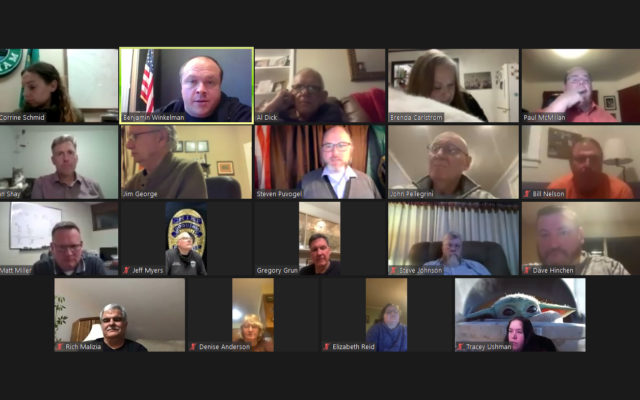 The Hoquiam City Council filled their vacant seat on Monday.

Former councilmember Shannon Patterson announced her resignation on August 25, as she and her family moved from the city.

Since that time, the council has had trouble filling the seat.

In September, the council was told that 3 applicants had stepped forward since the city opened the process to fill the vacancy, although none of those applicants were qualified to serve.

Under RCW 35A.12.030, to be eligible to fill the vacant position a resident must be a registered voter, live within Ward 3, and had been a resident of the city for a period of at least one year next preceding his or her election.

Since that update, two applicants stepped forward and were up for appointment on Monday, in Kevin Oleson and Dr. Tracey Ushman, CFE.

At their recent meeting, Councilmemeber Steven Puvougal told anyone watching that since the last meeting, Oleson had withdrew his candidacy, leaving only Dr. Ushman.

Dr. Ushman serves as an instructor of accountancy at Grays Harbor College and states she has been a college professor for the past 12 years, teaching business and accounting classes.

In her letter of interest, Dr. Ushman stated, “I want to fill the vacancy because I want to contribute to the City of Hoquiam to promote positive change that will impact the citizens of Hoquiam. I hope to collaborate where it would be needed and to accomplish meaningful communication with our neighboring cities to develop strong relationships. When my family moved here almost three years ago, we were welcomed by the people of Hoquiam with warm smiles and offers of assistance if needed. I knew at that point that this city was meant for my family and me.”

Dr. Ushman will be officially sworn in and begin her service at the upcoming Hoquiam City Council meeting.