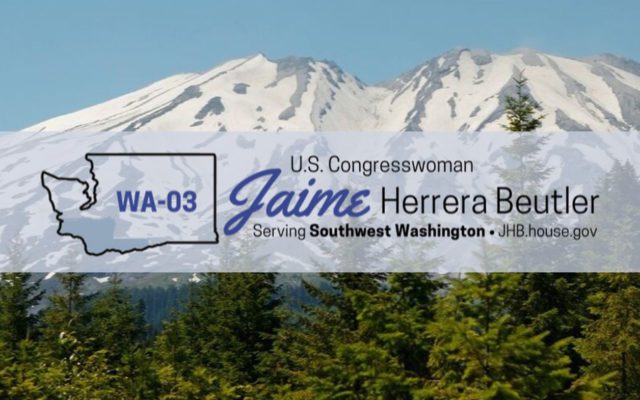 Over $1.6 million could be coming to Pacific County, according to Congresswoman Jaime Herrera Beutler.

That event will be rescheduled.

Despite not being able to address residents one-on-one tonight, the Congresswoman did provide a notice regarding Pacific County funding.

According to a release, Herrera Beutler tells KXRO that she secured $1.616 million in federal funding for the City of Ilwaco’s Bear Ridge Community Forest project which would acquire 388 acres of forest within the Indian Creek watershed to establish a community forest surrounding the city’s water supply.

These funds were secured within the FY22 Energy and Water Subcommittee Appropriations bill to protect Ilwaco’s water supply and forestland, as well as expand the public’s access to outdoor recreation.

“I was pleased to advocate for this community supported request to help establish the Bear Ridge Community Forest which will go a long way in protecting Ilwaco resident’s drinking water, as well as allow for proper forest management with a focus on watershed health and offer greater recreational access for the folks who live in the surrounding community,” Herrera Beutler said.

In the release it states that the plan included funding for this community-supported request to acquire the land which will benefit the city and its residents through protection of its municipal water supply and the forestland surrounding it.

That project also seeks to benefit the community through sustainable use of forest resources and provide new opportunities for outdoor recreation and education.