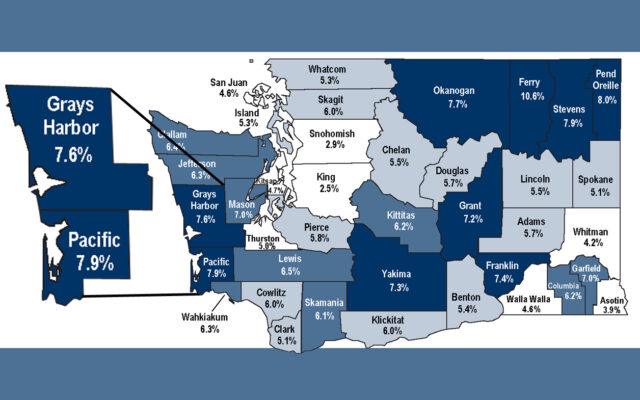 According to the Employment Security Department’s non-seasonally adjusted numbers, Grays Harbor’s unemployment rate rose from 7.5% in February to 7.6% in March which was the sixth highest in the state.

Pacific County saw its rate rise from 7.6% to 7.9% which was tied for the third highest in the state with Stevens County, only lower than Ferry and Pend Oreille counties.

Grays Harbor’s labor force grew by over 300 from February to March and the total number of those employed rose by nearly 300 as well.

The number of people on unemployment in Grays Harbor grew by 34.

In Pacific County the labor force fell by 88, the number of people employed dropped by 109, and the number of those on unemployment rose by 21. 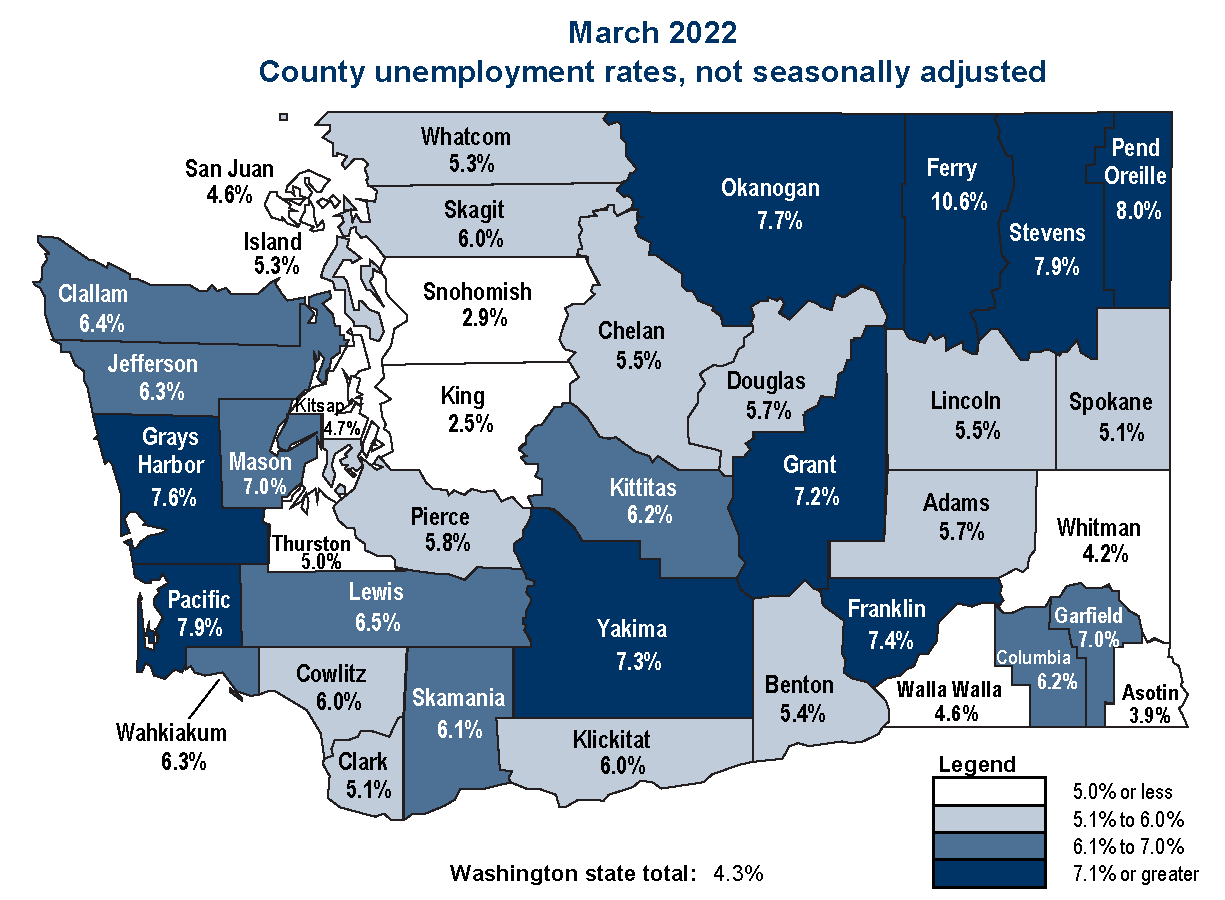