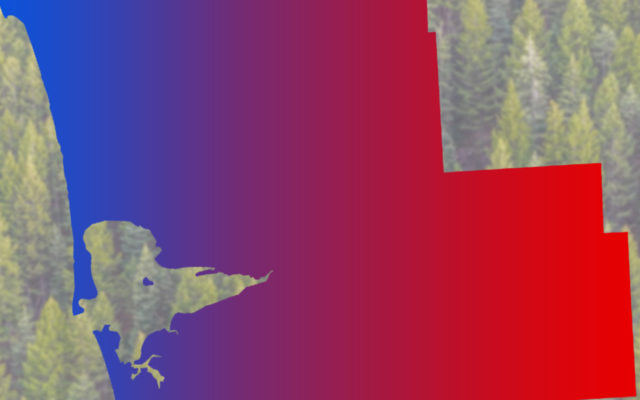 Grays Harbor was not a Blue County in the Primary Election, and instead a shade of purple.

Grays Harbor has been historically known as a Democrat-led county, although the results of the August Primary have moved the county further to the center.

While Grays Harbor voters did prefer candidates who identified themselves as Democrats over those who registered as Republicans, it was a 9-7 split in the top two vote getters.

While Democrats did lead the overall total in those moving on, Republicans received a higher percentage of the overall vote.

These numbers only include those candidates who identified themselves as Democrats, or those who chose Republican or GOP in their filing details.

Ocean Shores was the only local city that had more voters choose Democrat candidates for Governor over the Republicans.