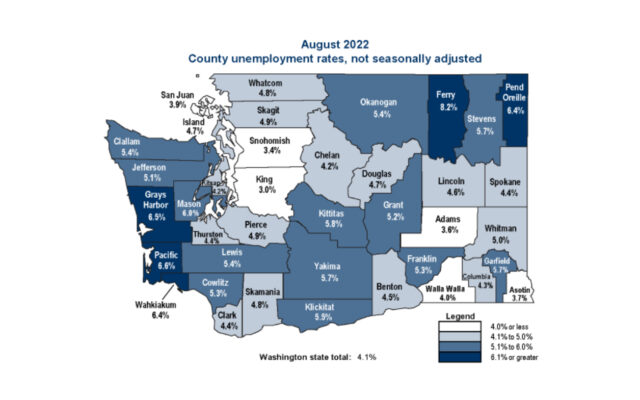 In the county-by-county unemployment figures released on Tuesday, Grays Harbor held the 3rd highest unemployment rate statewide in August, once again only behind Ferry County and just above Pacific.

The local unemployment rate increased from July to August, rising from the 5.6% reported in July to 6.5% in August for Grays Harbor.

Despite that rise, the local figure is the second lowest since historical rates have been recorded by ESD. In 2018 the Grays Harbor number sat at 6.2%.

The Labor Force within Grays Harbor grew by 326 from July to August, bringing a Total Employment gain of 46 and 280 to the Total Unemployment.

The August 2022 numbers are lower across the board from 2021 in both counties.