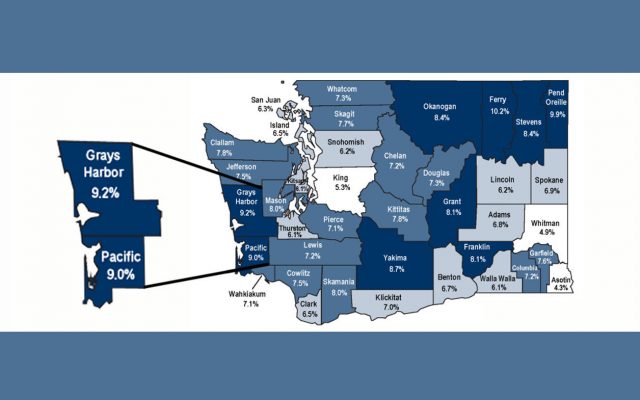 Grays Harbor, WA – While Grays Harbor remained the third highest in the state for unemployment, Pacific County fell from the top to fourth highest in February.

According to the Washington Employment Security Department’s non-seasonally adjusted numbers, Grays Harbor’s unemployment rate rose from 9.1% in January to 9.2% in February.

However it was lower than the 9.5% that was previously reported for January by the department.

Pacific County’s unemployment rate fell from 9.3%, and previously reported 10.3% in January, to 9% in February. 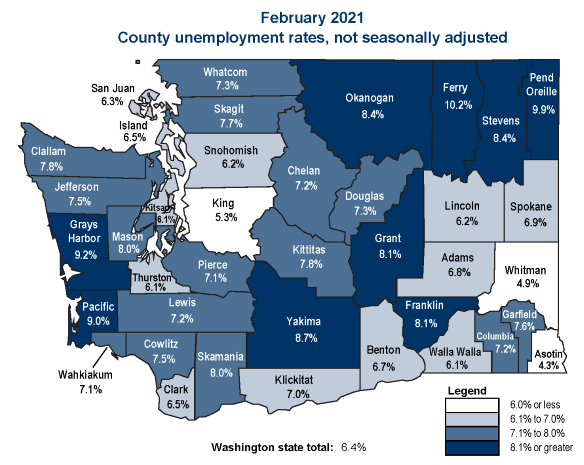