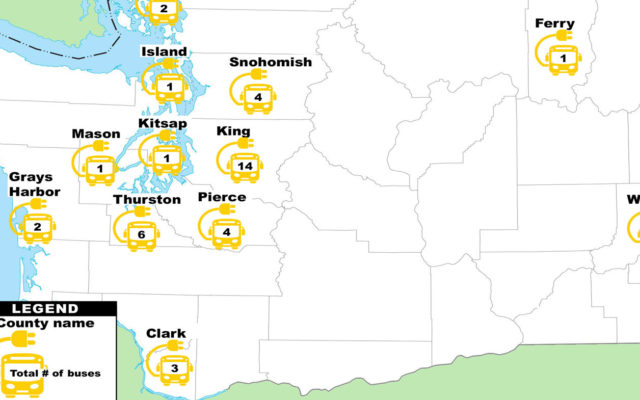 Olympia, WA – Forty electric school buses are headed to Washington districts, including two to Grays Harbor, thanks to $12 million from the Volkswagen settlement.

Washington schools may be closed for the year, but when students return, some will be riding in 40 new, zero-emission electric school buses, thanks to grants from the Washington Department of Ecology. It’s one of the largest investments in zero-emission school buses in the country.

“When students are able to return to school, these 40 new, zero-emission buses will help get them there,” Gov. Jay Inslee said. “This is a great investment in a healthier future for students and their communities.”

Funding from Washington’s Volkswagen diesel emission settlement will pay for the buses, which will go to 22 different school districts across the state. The first of the new buses are expected to arrive later this year.

The grants are intended to accelerate replacing older diesel school buses and help cover the additional costs of purchasing an electric bus, compared to a conventional diesel bus.

School districts can also use some of the funding to pay for charging stations.

In 2018 and 2019, Ecology awarded similar grants to transit agencies to purchase a total of 66 electric transit buses.

The Volkswagen settlements stem from the discovery that the carmaker illegally installed software on its diesel cars that activated emission controls only when it detected the emissions were being tested.

In ordinary driving, the software allowed the engines to emit as much as 40 times the legal limit for nitrous oxides, violating the state and federal Clean Air Acts and threatening public health.

Electric school buses, by the numbers 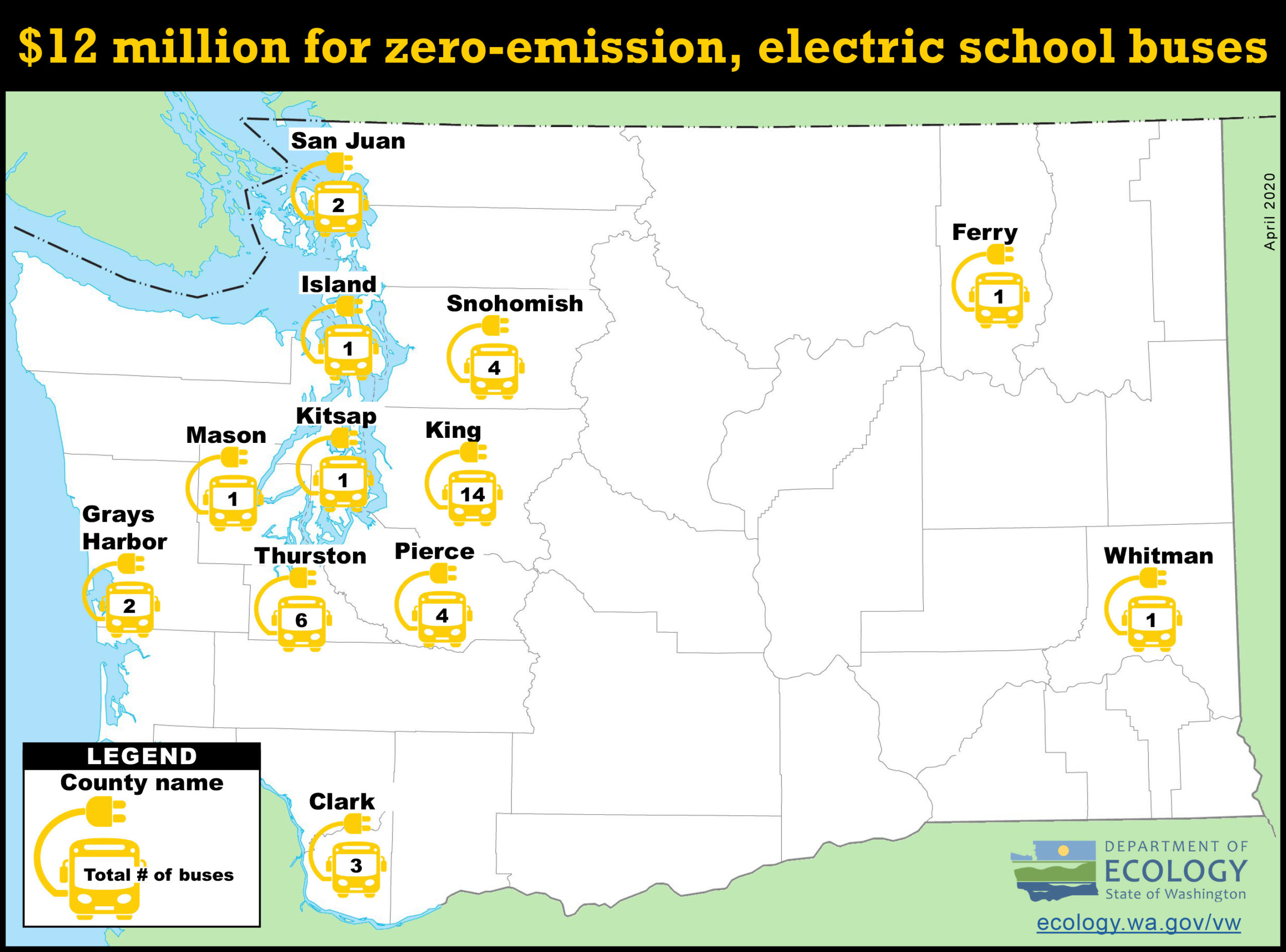