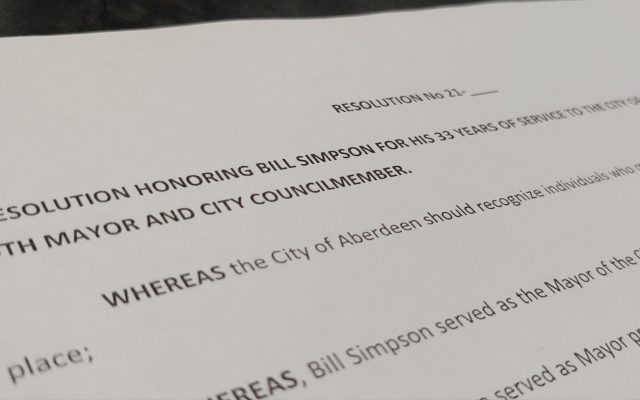 The Aberdeen City Council plans to honor the memory of former Mayor Bill Simpson at their meeting this evening.

Simpson recently died at the age of 80 on March 3.

Councilwoman Kati Kachman wrote the resolution to celebrate the service of Simpson to the community.

According to a resolution set to be read at their meeting, he had served the City of Aberdeen for 33 years.

Simpson served as the Mayor from 2008 to 2016 after representing the Fifth Ward on the City Council for 24 years prior. 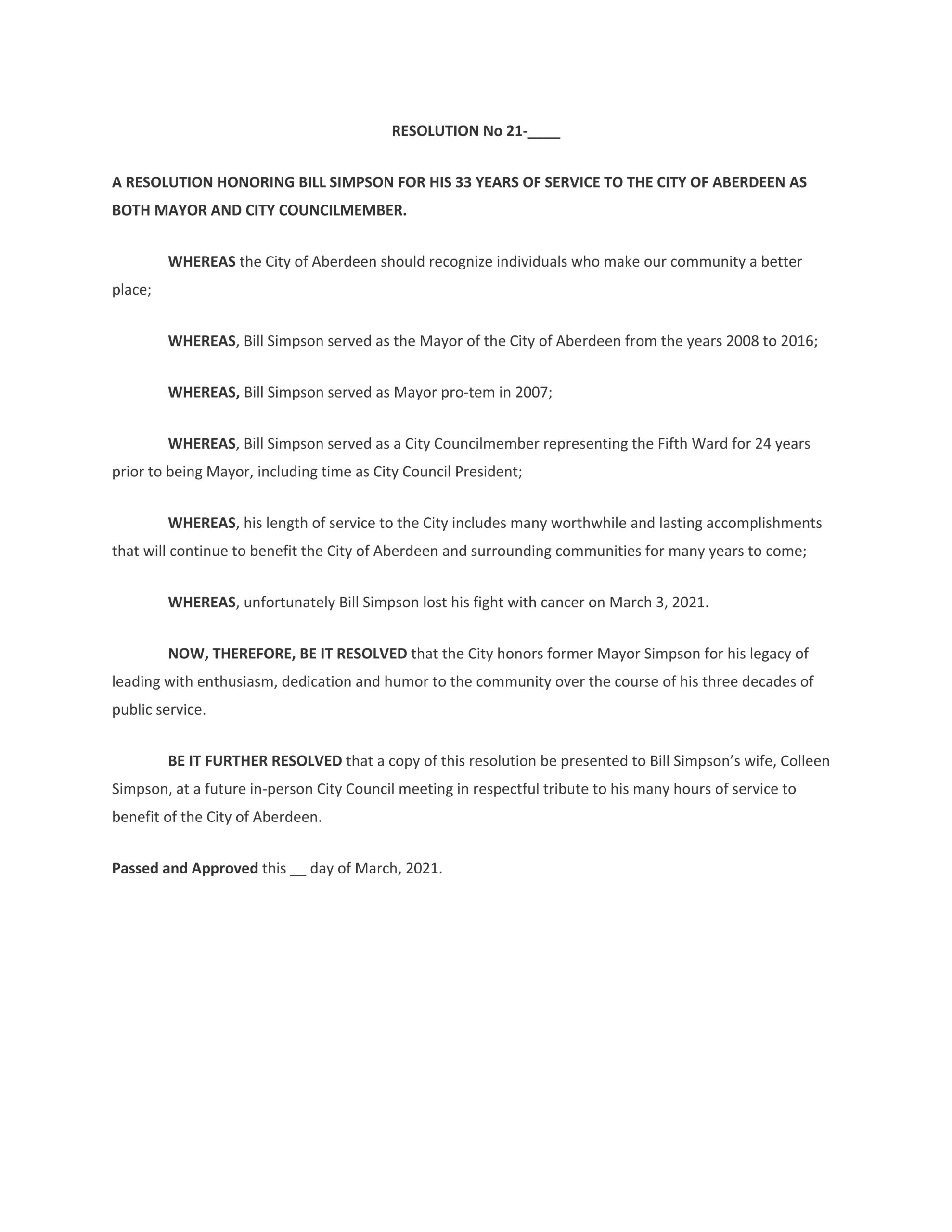