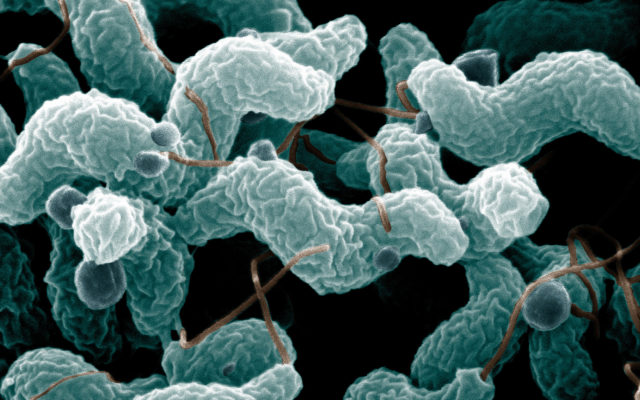 An illness and a number of issues inside the restaurant caused a closure of Rediviva during an investigation of the cause.

According to the Grays Harbor County Environmental Health Division, on February 25, 2020, the office learned that a Grays Harbor resident tested positive for Campylobacter jejuni.

The individual had reported eating 11 days earlier at Rediviva in Aberdeen, WA.

During an investigation of the facility, Environmental Health says that they learned of at least fourteen more individuals who became ill after eating the Valentine’s Day dinner meal.

Many of the known ill patrons continue to exhibit symptoms of illness.

Though the investigation is ongoing, Environmental Health believes that the illness was caused by chicken liver mousse.

A site inspection of the facility was conducted on February 26th that revealed multiple risk factors that could have contributed to illness.

Rediviva was closed by Environmental Health on February 27th because the inspection resulted in the assignment of 75 or more “red point” violations.

“The Grays Harbor County Environmental Health Division’s works to educate restaurant owners and food workers about proper food safety and to work with them to keep the public safe. Staff are continuing to investigate the exact cause of the outbreak and are conducting interviews of people who ate at the Valentine’s Day dinner event.”

Further information regarding the inspection may be viewed on the Grays Harbor County Environmental Health website at https://healthspace.com/Clients/Washington/GraysHarbor/Web.nsf/home.xsp

Rediviva is said to be cooperating with the outbreak investigation and remains closed at this time.

The Valentine’s Day dinner menu continued to be served at Rediviva from February 13th through February 21st.

If you recently ate at Rediviva and became ill, the Environmental Health Division would like to hear from you.

If you see a health care provider for your illness, let them know that you may have been exposed to Campylobacter jejuni.

People with fever and diarrhea or vomiting are encouraged to stay home from work or school while they are sick to avoid spreading illness to others.