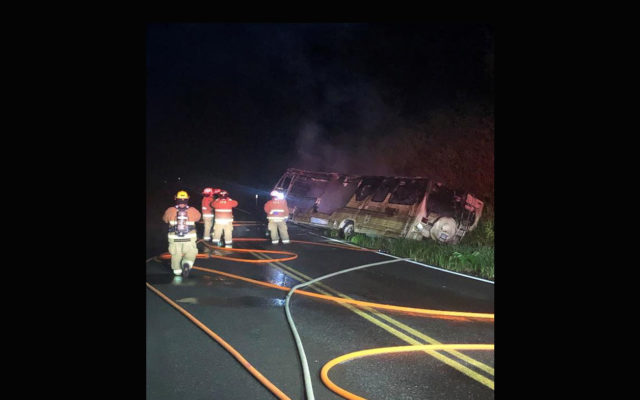 Cosmopolis, WA – A fire burned through a motorhome that was headed toward Cosmopolis on Blue Slough Rd.

The Cosmopolis Fire Department tells KXRO that at about 8:30 p.m. on Saturday, they were dispatched to the fire at mile marker 2 in the ditch of Blue Slough Rd.

When they arrived they found a fully engulfed full-size motorhome partially off the roadway in the Northbound Lane.

According to the fire department, crews initiated a defensive attack and extinguished the blaze.

They say the driver was Cosmopolis bound when a fire broke out in the engine compartment, forcing him to exit the vehicle.

The motorhome then rolled downhill where it settled partially in the Northbound ditch.

Cosi Fire worked for almost 2 hours to extinguish the blaze, uncover any hot spots, and clear the vehicle off the roadway.

There were no injuries sustained to civilians or firefighters. 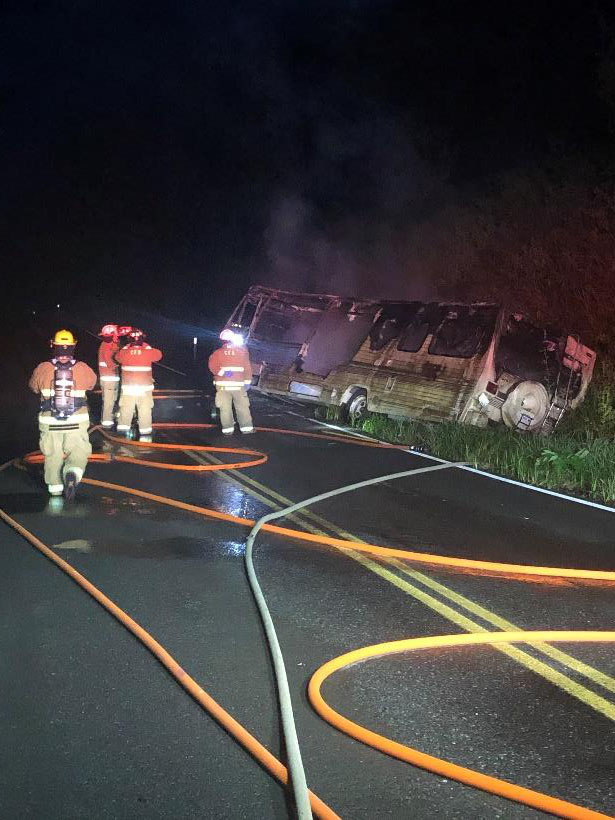