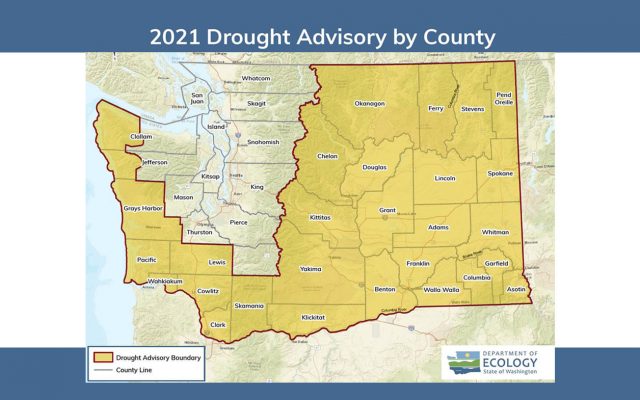 DOE – Following an extremely dry couple of months, the Department of Ecology has issued a drought advisory for most of Washington, including Grays Harbor and Pacific County.

According to the Department of Ecology, March through April was the fourth driest such period for Washington since 1895.

Marti warned against getting too optimistic after recent rain in the Spokane area. “We’re dealing with long-term precipitation deficits which take more than a day’s rain to alleviate,” he said. “For example, the Spokane Airport has experienced the lowest amount of precipitation for the Feb. 1 to May 24 period, going all the way back to 1881. It needs more than 4 inches of rain to get back to normal.”

While Washington mountains received an above-normal snowpack this year, not all watersheds are fed by melting snow. Springtime precipitation is critical for non-irrigated crops and livestock forage. In a few basins, such as the Pend Oreille, Spokane, Walla Walla, and Snake watersheds, early snowmelt is leaving less than average water levels, and last month’s temperatures were higher than normal for most of Washington.

Marti said the Puget Sound area has sufficient water supply for people and fish this summer. “Seattle, Tacoma and Everett have stored water and the area hasn’t had a problem with precipitation,” he said.

What is a drought advisory?

A drought advisory provides early warning of a possible drought. It promotes awareness and readiness for water users in areas where drought conditions are developing. Drought advisories are informational only, and include no emergency authorizations or funding. This is the first time the Department of Ecology has issued a drought advisory since it received the authority to do so from the Legislature in 2020.

Observations and photographs of drought conditions can help the Department of Ecology assess whether to elevate state response. Observations should be submitted using the Conditions Monitoring Observation System.

Water users worried their water supply is at risk of failing should contact the nearest Department of Ecology Regional Office. 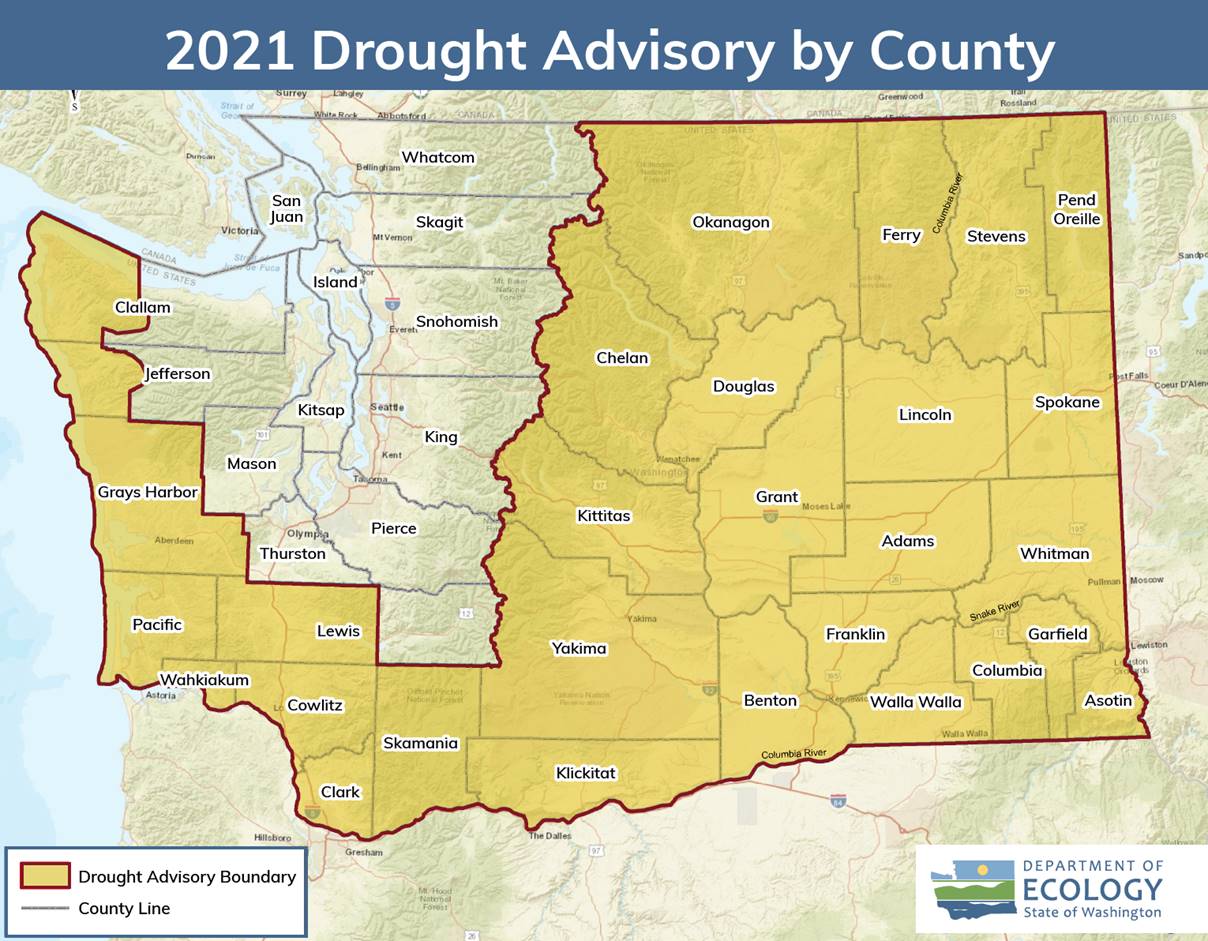