After previously announced to start on April 10, the U.S. Army Corps of Engineers says that plans to conduct Grays Harbor maintenance dredging in the Outer Harbor will now begin on April 29 with the Corps hopper dredge vessel Essayons.

In a release, the Corps says that there are many crab pots in the South Beach Disposal Site and the Army Corps of Engineers is asking fishermen and crabbers to move their equipment to avoid having it damaged.

All navigation channels, target disposal sites and dredge work areas need to be kept clear of fishing and crabbing activity and gear during the dredging, which will conclude no later than May 31.

Fisherman and crabbers are encouraged to position themselves and/or their gear at least 300 feet from any channel and disposal area boundary in order to provide a buffer zone to allow for the gear drifting in to the area. Gear that drifts into the navigation channel, access channel and/or disposal areas may be damaged or destroyed.

The Essayons will arrive on or about April 29 and will dredge approximately 4 weeks. Dredging will occur in shoaled areas of the Bar, Entrance, and Pt. Chehalis reaches. The goal is to dredge approximately 800,000 cubic yards, with 600,000 CY placed in the South Beach beneficial use site. The remaining material will be placed in the Pt. Chehalis disposal site. (See map below.) 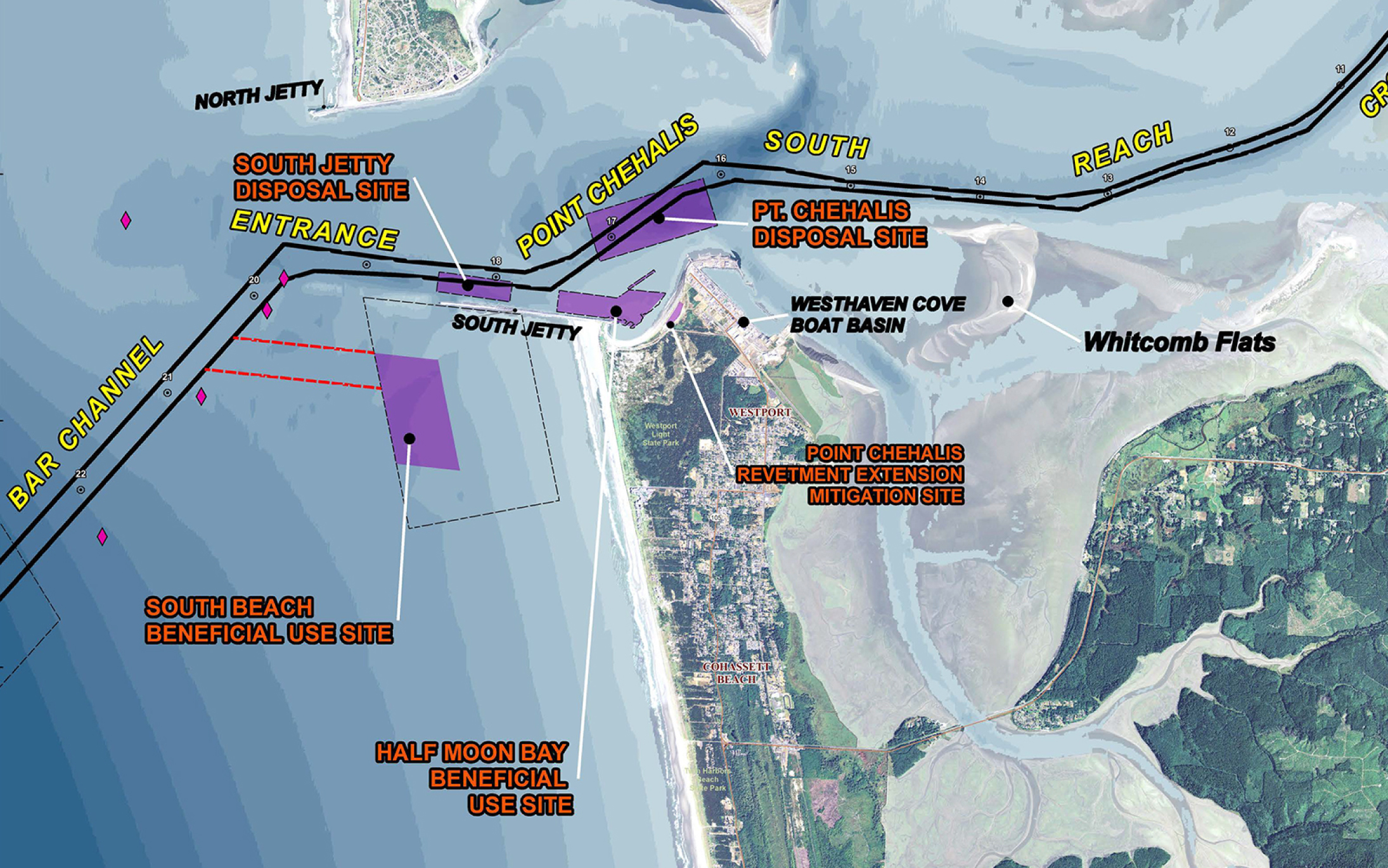