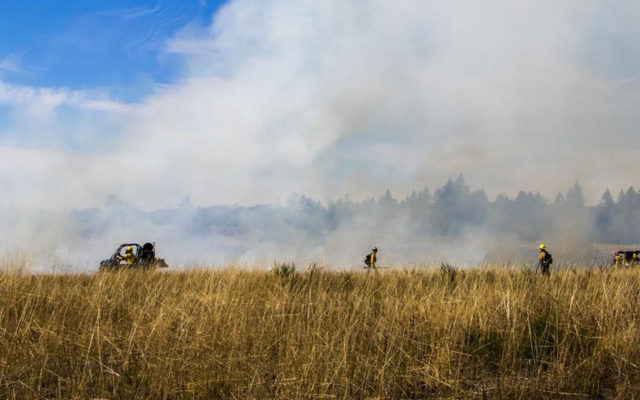 These controlled burns will take place for up to five days between the now and mid-October, depending on the weather.

The areas targeted for burns are small, varying in size from one to 10 acres.

“Portions of the wildlife areas may be closed during the burns, and people may see smoke from the fires for one to two hours after the burns,” said Darric Lowery, Scatter Creek Wildlife Area Manager for WDFW. “We will work to minimize smoke impacts to homes and the surrounding community.”

WDFW works cooperatively with the Washington Department of Natural Resources, fire districts, and other partners, utilizing professional fire crews experienced in conducting controlled burns on public and private lands in the region.

“Coastal prairies are one of the rarest ecosystems in Washington, now reduced to less than 3% of their former area. They support a variety of rare plants and animals, including birds, mammals, and butterflies, some of which are listed as threatened or endangered species under the federal Endangered Species Act.”