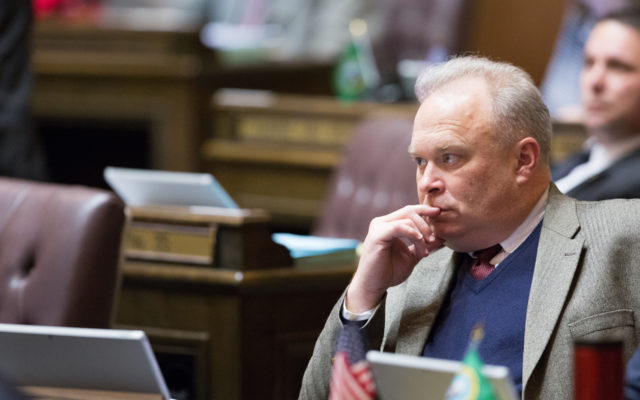 A complaint filed against Rep. Jim Walsh has been dismissed.

The Washington State House Republicans issued a release stating that the Washington State Legislative Ethics Board dismissed a complaint lodged against Rep. Jim Walsh, R-Aberdeen, by a group calling itself the “Washington Black Lives Matter Alliance.” citing a lack of reasonable cause.

In their official opinion, the ethics board states that they found “no reasonable cause to believe” that Walsh “violated any provision” of the Legislative Code of Conduct and the Ethics in Public Service Act.

Walsh states on his legislative website that he is satisfied with the board’s conclusions.

“The board’s ruling makes sense. As I’ve noted from the start, this poorly drafted complaint is nothing more than a political stunt,” Walsh says. “I’m just sorry the board’s members and staff had to waste their time on this, when they could have been considering more serious matters.”

The complaint was filed in February, by a group calling itself “Black Lives Matter Seattle-King County,” according to Walsh.

In it, complaints were raised against Walsh and two other members of the Washington State House over questions the legislators asked people testifying in committee hearings on bills.

In its “order of dismissal/lack of reasonable cause,” the Legislative Ethics Board writes, “Article II, Section 17 of the Washington Constitution provides: “No member of the Legislature shall be liable in any civil action or prosecution whatever, for words spoken in debate.” …

It continues to say, “The board holds that, when legislators ask questions or make comments to persons testifying on a bill during an official legislative committee hearing, those comments or questions cannot constitute harassment for purposes of [Washington state law.] …

Walsh says the board made the right conclusion.

“The questions I ask people testifying are tough but fair-focused on clarifying or expanding on points those people are making,” Walsh concludes. “This is how the legislative process should work. Rigorous. Truth-seeking. A healthy debate. There’s no place in it for thin-skinned partisanship or phony victimology.”