The Dungeness crab harvest off the Washington coast has been delayed once again.

In November, the coastal Dungeness crab fishery was notified that the season opening was initially delayed through at least December 15th.

That decision was based on crab condition tests conducted by WDFW, ODFW, and CDFW which shows that test results at multiple sites across the region did not meet the minimum meat recovery criteria.

In tests done at Westport and Long Beach, the meat recovery at that time was below the needed level. That was consistent with the preseason fishery tests.

In December, the tri-state representatives once again stated that the numbers were below criteria. These results were improved, but still below the level required.

The recent decision to further delay the opening was based, according to officials, on crab condition tests which showed that crab at the Long Beach test areas continued to not meet the minimum meat recovery criteria. 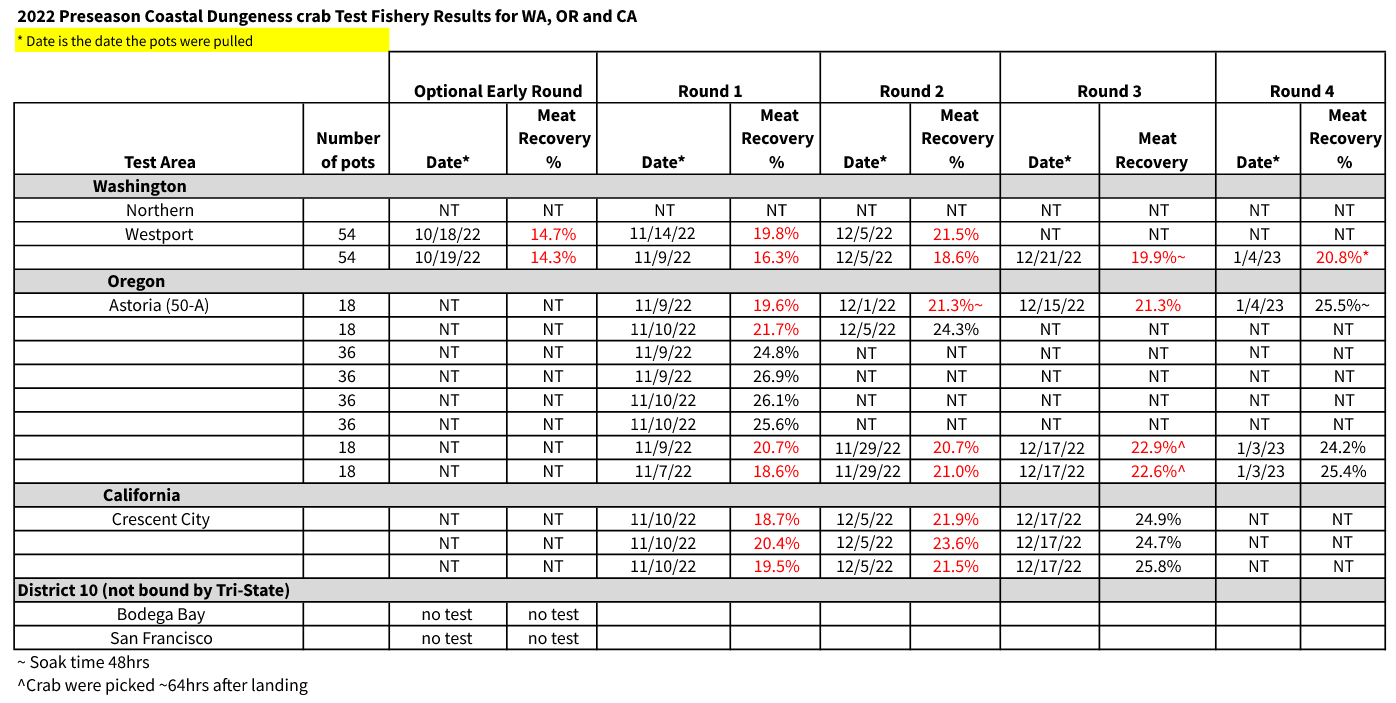 The letter states that despite the months-long hold on starting, the season opening in this area will not be delayed beyond February 1, 2023.

On December 18, 2022, Quinault Indian Nation (QIN) opened their commercial Dungeness crab fishery after their final meat recovery test results came back at 23.4%, above the required criteria.

In addition to the delay, those participating in the fishery south of Klipsan Beach or in Willapa Bay will be subject to reduced pot limits.

Additional details on the season opening in the area between Klipsan Beach and the U.S. Canada border, which includes Westport, will be provided in a follow-up notice.