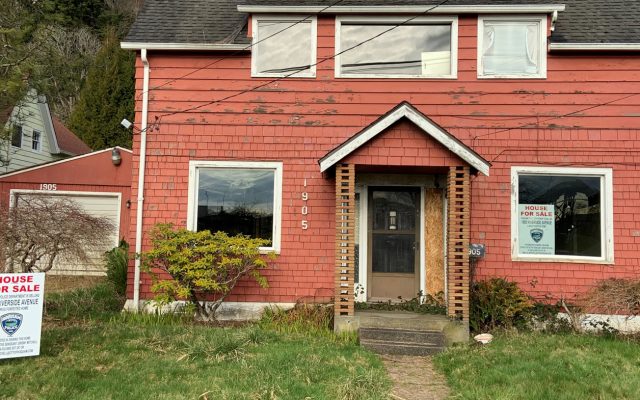 The City of Hoquiam sold their drug seizure home, and for less than the assessed value.

In January, the Hoquiam Police Department announced that a home on Riverside Avenue was for sale.

During the operation, 44-search warrants were served simultaneously in Grays Harbor, Thurston County and King County on homes that  harbored illegal marijuana growing operations funded and facilitated by Chinese Nationals; most of the locations were purchased with cash and immediately converted to illicit grow houses.

Following that operation, it was suspected other illicit grows around the county were still unidentified.

According to HPD, officers were dispatched to the home at 1905 Riverside Avenue in 2018 for a report of a burglary-in-progress. Once on scene, officers quickly determined the garage and house harbored a large marijuana grow operation which appeared to have been abandoned.

The police department seized the house and following legal proceedings now have the opportunity to sell it to the public.

The city began accepting offers on the home, and requested they start at the assessed county value of $105,754.

On Monday, the Hoquiam City Council approved a report that accepted a proposal from Seven Mile Ventures, LLC to purchase the home for $82,000, a $23,754 difference from the requested price.

According to the report, the buyers plan to “proceed quickly” to obtain needed permits with a goal of completing work on the home within 12 months.