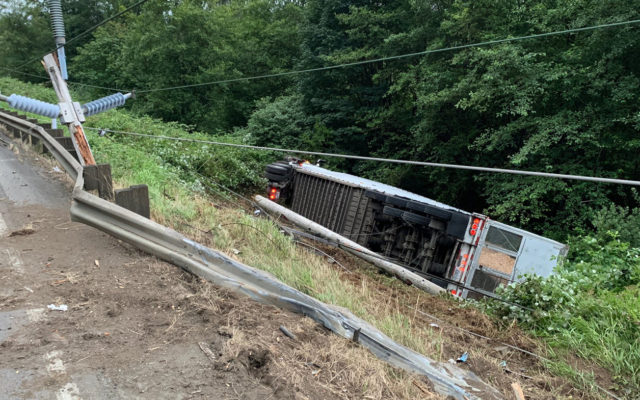 A rollover accident that caused a power outage brought no injuries,.

A 31-year-old Napavine man was driving on Highway 12 near Baila Dip just before 3:30am this morning when he fell asleep.

When the 1998 Western Chip truck left the roadway, it struck the guardrail and a power pole before coming to rest on its side.

#GraysHarbor: the right lane of EB SR 12 approximately 2.5 miles east of #Aberdeen is blocked due to a collision involving a rolled over chip truck.

The driver allegedly fell asleep. Thankfully no injuries. A tow is en route.

Thank you for your patience. pic.twitter.com/vhzgCWRSg4


When the truck hit the pole, the Grays Harbor PUD says that it knocked out power to 1800 customers in North Aberdeen, West Central Park, Wishkah and Bench Dr.

The PUD states that the pole and wires were reportedly down and on the road, which caused some delay in the power restoration.

The Washington State Patrol says that the Napavine man was not injured in the accident, although Negligent Driving 2nd Degree charges are being brought to the man.