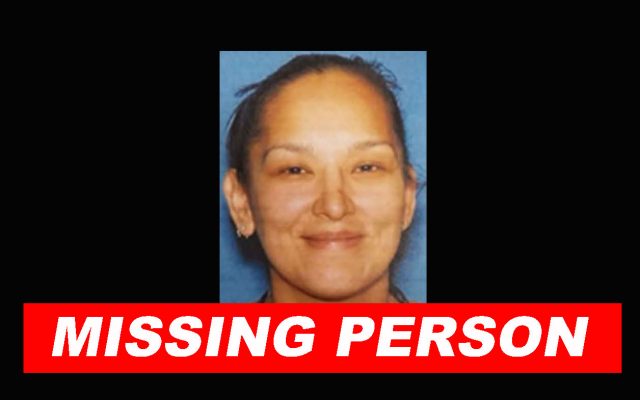 Oakville, WA – The Chehalis Tribal Police Department is asking the public for help in their search for a missing Native American woman from Oakville.

According to police, Sabrina Lynn Cole was last heard from on Saturday March 20th at about 5:00 a.m. in the morning.

She was reportedly last physically seen at about 4:30 a.m. that morning leaving the Quinault Beach Casino.

Chehalis Tribal Police say she was thought to be headed to her aunt’s house in the Lacey area but has not been heard from or seen since.

If you have any information please contact the Chehalis Tribal Police Department Detective Strader at 306-709-1641. 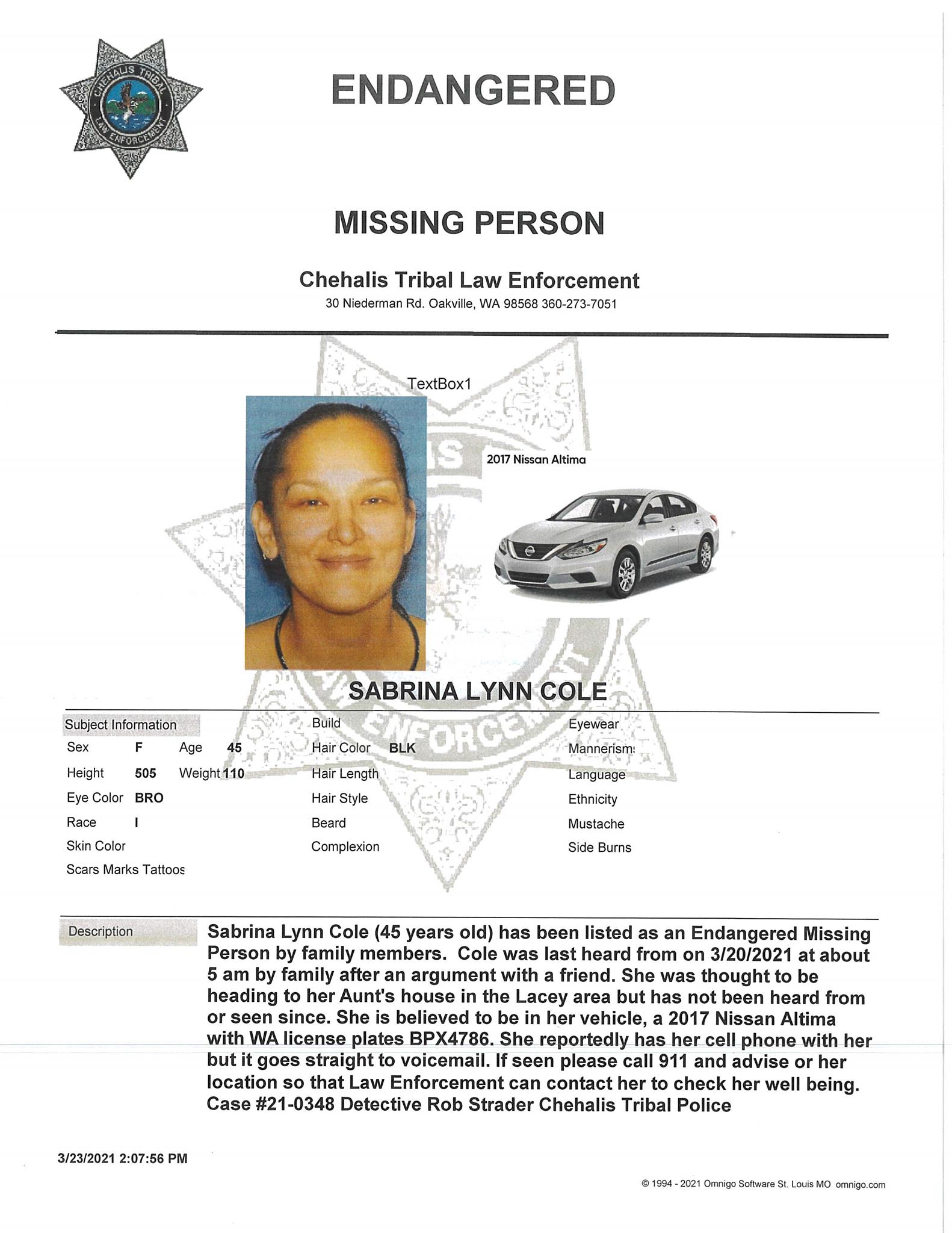 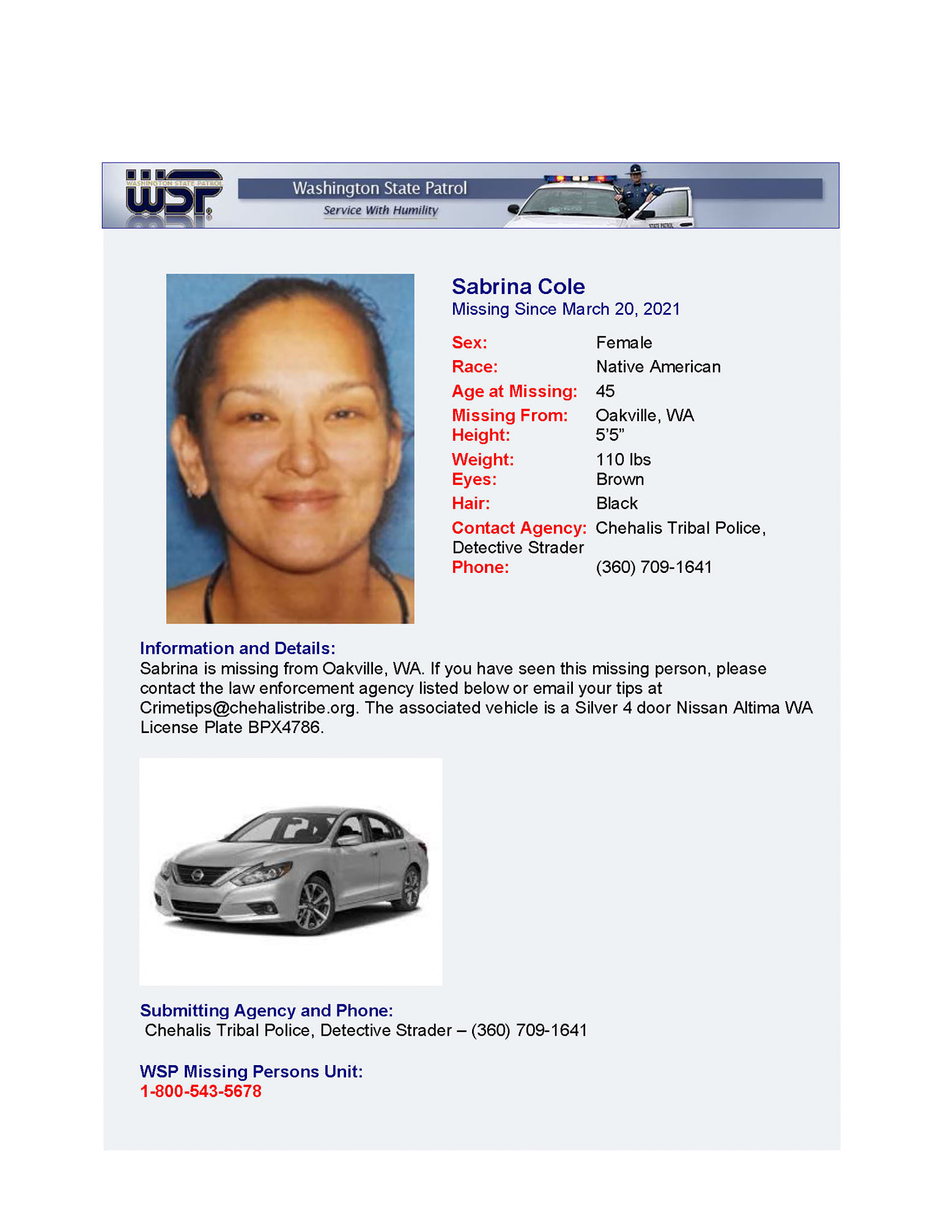