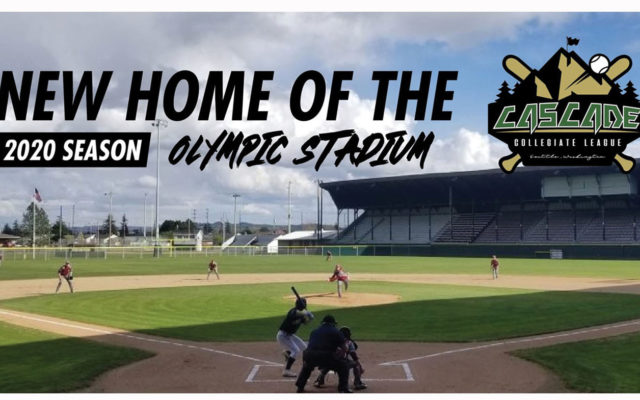 Hoquiam, WA – The Cascade Collegiate League has announced that their 2020 regular season will be played at Olympic Stadium.

Following the league’s return from Caldwell, ID for its Opening Weekend on June 21st, all six CCL affiliates will resume regular season play at the historic all-wood stadium from June 26th through August 9th, (with playoffs concluding the weekend of August 14-16).

Based out of Western Washington, the wood bat Cascade Collegiate League was established in 2018 to provide NWAC, NAIA, and NCAA baseball players an opportunity to compete in Washington and Oregon during the summer months.

Directed by current and former collegiate coaches, the CCL places players on an affiliate to play 24 league games followed by post season play.

The CCL says they will be able to safely operate without fans during Governor Inslee’s third phase of re-opening.

Fans will be welcome to attend games in-person once Grays Harbor reaches its fourth phase of re-opening.

They say the decision to completely centralize the Cascade Collegiate League came after considerable deliberation and valuable feedback from players, staff, and college coaches from across the PNW.

CCL Commissioner, Ben Krueger said “We are beyond thrilled to reinvigorate collegiate summer baseball in the city of Hoquiam. Olympic Stadium is a historic venue in the Pacific Northwest. We’d like to thank Brian Shay and Tracy Wood from the City of Hoquiam, as well as Mayor Ben Winkelman and Grays Harbor CC Head Baseball Coach Mike Bruner for welcoming us with open arms.”