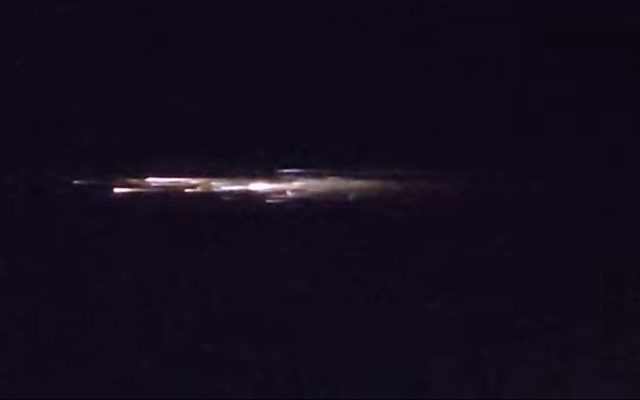 According to the Weather Service “The widely reported bright objects in the sky were debris from a Falcon 9 rocket 2nd stage that did not successfully have a deorbit burn.”

The astral occurrence was seen shortly after 9 p.m. and was seen in Grays Harbor as well.

There were no reports of damage or other impacts on the ground.

According to reports the rocket delivered Starlink satellites, built in Redmond, Washington, into orbit earlier this week.

SpaceX says the Falcon 9’s first stage returned to Earth and landed as planned on its ocean-going barge off the coast of Florida.

While we await further confirmation on the details, here’s the unofficial information we have so far. The widely reported bright objects in the sky were the debris from a Falcon 9 rocket 2nd stage that did not successfully have a deorbit burn.

As a follow up to the debris observed earlier. Here’s some more info on atmospheric re-entry. Typical manmade objects obtain low Earth orbit at speeds around 17,500 mph. As they re-enter the Earth’s atmosphere, the angle must be just right. If it’s too steep, they burn up.