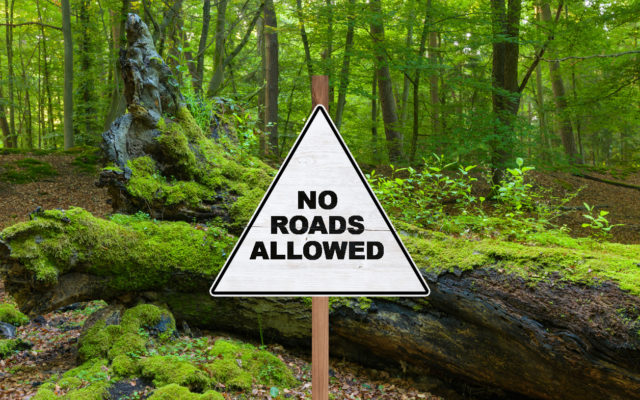 Legislation has been reintroduced that would codify rules that ensure roadless areas in Washington remain roadless.

Senator Maria Cantwell, and Representative Derek Kilmer, signed on to bills that intend to protect almost 60 million acres of wild forestlands, including 2 million acres in Washington.

In a release from Cantwell’s office to KXRO, the senior member of the Senate Energy and Natural Resources Committee announced that she has joined other lawmakers in a renewed push to enshrine Roadless Rule protections into law.

“The looming climate crisis has only increased the need to protect America’s last remaining wild forestlands, which reduce wildland fire risk and store huge amounts of carbon”, said Senator Cantwell. “Roadless areas provide Washingtonians with unmatched outdoor recreation opportunities, clean drinking water for our communities, and habitat for numerous endangered species. As we mark the twentieth anniversary of this landmark proposal, we need to redouble our efforts to permanently preserve the benefits these public lands provide our nation and future generations.”

The Roadless Area Conservation Act of 2021 would permanently protect 58.5 million of acres of national forest from logging and development. This includes more than 31 percent of America’s National Forest System and features land the South Quinault Ridge and other forests throughout Washington.

The following shows areas within the Olympic Peninsula that are included. 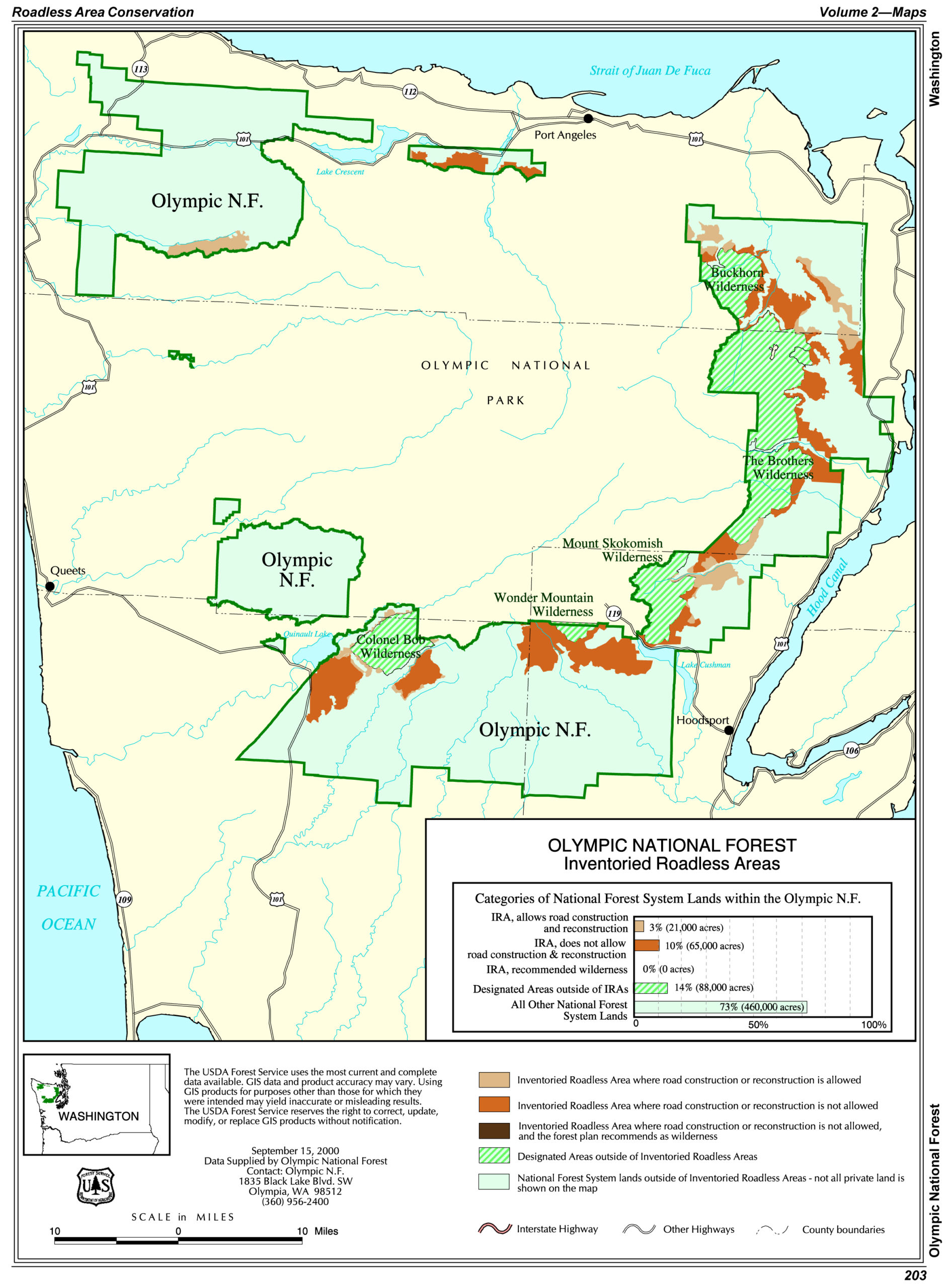 Bills to codify the roadless rules have been reintroduced several times, with the latest being the Roadless Area Conservation Act of 2019.

According to representatives from Cantwell’s office, the legislation for 2021 is identical to the previous iteration.

The Roadless Rule already in place has shielded some areas within the National Forest System from roadbuilding and logging. Passage of this bill would make that change permanent.

“The Roadless Area Conservation Act would codify the 2001 Roadless Rule, which was developed by the U.S. Forest Service (USFS) during the Clinton administration and finalized after several years of deliberation and 600 public meetings in local communities nationwide, including 28 hearings in Washington state. More than 2.5 million Americans submitted comments on the Roadless Forest Protection Rule since 1999, and more than 80,000 comments came from citizens in Washington state. The overwhelming majority of comments submitted—more than 95%—were in support of protecting roadless areas. A March 2019 poll by the Pew Charitable Trusts found that three out of four respondents said they supported keeping roadless forest protections, while only 16% oppose it. That level of support changed little between respondents living in rural or non-rural areas and across party affiliation and political views. “

By codifying the rule into law—including in the Tongass—the Roadless Area Conservation Act would uphold recreational access to public lands, preserve the habitats of 1,600 at-risk species, reduce the risk of wildfires, aid in the fight against climate change by preserving vast carbon sinks, and safeguard watersheds that provide clean drinking water for more than 60 million Americans in 39 states and more than 350 communities across the United States. The legislation would maintain the flexibility engrained in the Roadless Rule which allows for continued forest management and the construction of roads as needed to address fires, floods, or other catastrophic events, and other circumstances like the need to build new road connections between remote communities.

The Roadless Area Conservation Act of 2021 would:

Senator Cantwell has been the lead Senate champion of the Roadless Rule since it was overturned by the Bush Administration in 2001. Cantwell has repeatedly introduced legislation to codify the Roadless Rule into law, including as early as 2001. Cantwell has also been a vociferous and persistent critic of the Trump administration’s elimination of roadless protections for the Tongass National Forest in Alaska, and in October, after blasting the decision as “environmental corruption,” Cantwell led a bicameral letter to Agriculture Secretary Perdue in opposition to the decision.