A 23-year-old Aberdeen man was transported to the Grays Harbor Community Hospital Monday evening after riding his bicycle into the side of a car.

The man and his bicycle struck a 2014 Subaru Outback.

In their report, APD says that the 47-year-old Subaru driver was driving eastbound on Marion Street, stopping at the Boone Street stop sign before pulling forward when he was struck by the bicyclist.

The cyclist was riding northbound on the sidewalk with no light, striking the vehicle by the left front tire/quarter panel, and suffering a non-life threatening leg injury. 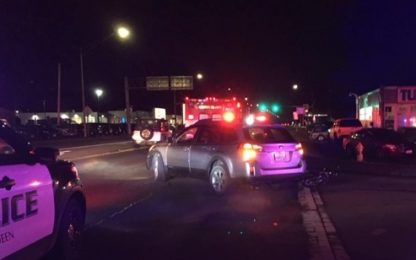 Traffic on Boone Street was limited to one lane as the authorities responded.

Enforcement action is still pending completion of the investigation.

RCW 46.61.750 Traffic Laws Apply To Persons Riding Bicycles notes riders “shall be subject to all of the duties applicable to the driver of a vehicle…” Bicycles are to be ridden with traffic on the same directional side of the roadway, and have illuminated lights during hours of darkness. Aberdeen Municipal Code also requires bicycle riders to wear an approved helmet while riding.