After 119 years, the Aberdeen Eagles are no more 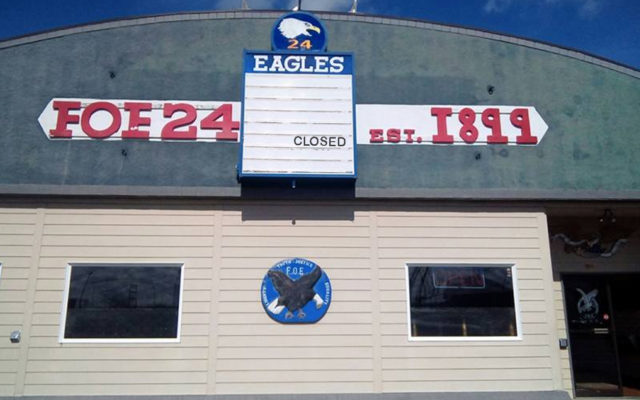 The Aberdeen Fraternal Order of Eagles #24 announced that they are no more following a decision by the state organization to to pull their charter, and the Aberdeen Eagles is closed for good.

In a statement, the local Aerie said that lack of member participation has been a factor, with only 19 show members showing up at a recent meeting, and none of those members stepping forward to take officer positions. They say that without officers, they could not move forward.

As with many other fraternal groups, they say that about 75% of their current membership is 65+ years old, with younger members not joining as they had in past decades.

Between May of 2017 and March of this year, the Washington Eagles showed that local membership dropped by 48 members, down to 318.

Aberdeen FOE #24 started in June, 1899, 11 years after the first Eagles Order was started in Washington.

They said in a statement that current Eagles will still have an opportunity to renew their membership, and transfer to another Aerie.

The Aberdeen location has already been removed from the national Eagles website, with the closest locations being the Raymond and Ocean Shores Aeries. There are also local charters in Elma and Ocean Park.