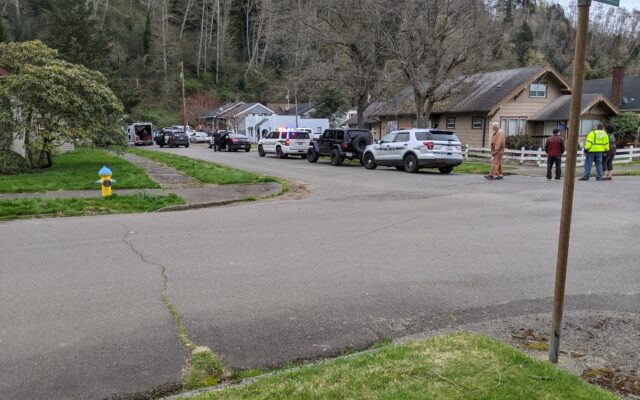 Hoquiam, WA – There is currently an active police situation near the corner of Queets Avenue and 27th Street in Hoquiam.

Hoquiam Police tell KXRO that a juvenile subject that they are familiar with and has a warrant out for his arrest is armed and in a house.

Police say that he had four hostages but they have been evacuated.

Police say they are currently negotiating with the subject who they say has made threats.

Police believe that he is alone in the house and they are trying to negotiate a peaceful surrender.

The Hoquiam and Aberdeen Police Departments are on scene along with the Grays Harbor Sheriff’s Office.

The area has been blocked off.