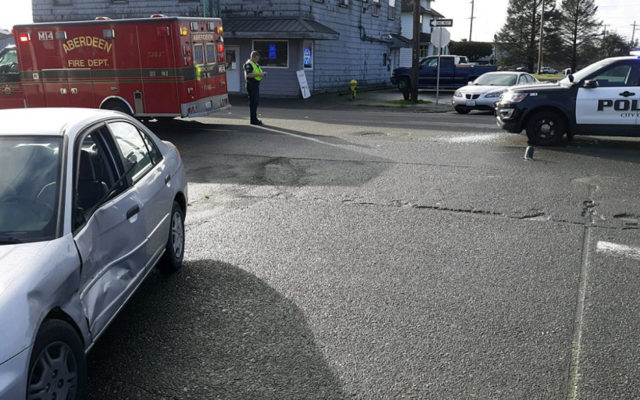 The Aberdeen Police Department tells KXRO that just before noon on Monday the 19-year APD veteran was driving south in the left lane of Park St. in his 2017 Ford Explorer patrol vehicle.

They say the patrol car was going between 25-30 MPH as he approached 4th St.

A 2001 Honda Civic being driven by a 36-year old Aberdeen man approached the intersection from the east on 4th St and police say the Civic stopped briefly at the stop sign, before pulling out into the path of the patrol vehicle.

The driver reported that he only checked for northbound traffic before pulling out.

Park St. is a southbound only roadway.

According to police, the officer broke hard, but was unable to avoid the collision.

Both vehicles sustained about $2,500 in damage and the Honda driver was checked at the scene by the Aberdeen Fire Department, and declined further assistance.

The officer was treated for shoulder discomfort at the hospital and released.