Washington State Patrol (WSP) detectives are looking for an early 1990s Toyota Celica believed to be involved in a car versus bicycle hit and run collision on State Route 109 near Ocean City last month. 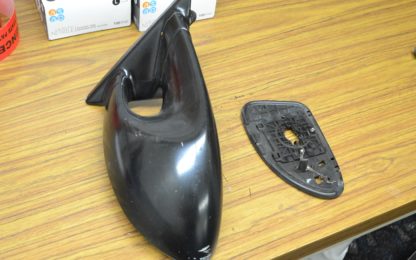 The running Toyota Celica is believed to have been manufactured between 1990 and 1993. It likely has windshield or front right damage, and is missing the passenger side mirror.

Michael P. Faigenblum, 31, of Seattle, was riding a bicycle on the shoulder of State Route 109 near Burrows Road on Monday, June 22, 2021, when he was struck from behind by an unknown passenger car. The impact caused Faigenblum to separate from the bicycle and land in the ditch. The involved vehicle fled the scene.

A passerby found Faigenblum just after 11 p.m. Faigenblum sustained non-life threatening injuries and was transported by aid to Community Hospital.

Any witnesses to the collision, or anyone with information leading to the running vehicle or driver are encouraged to contact the WSP on our non-emergency line at (360) 473-0300 and selecting “Zero” for dispatch.