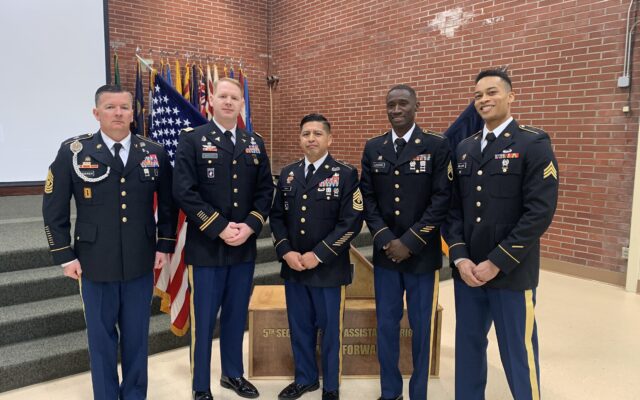 On Thursday, September 16, five soldiers were traveling on Highway 101 in Grays Harbor, when they witnessed a vehicle on fire that was involved in a head on collision.

The soldiers were able to act quickly, put out the fire, and render aid to the woman who was driving, Montana Driver, who was entrapped in one of the vehicles.

They were able to keep her calm until Life Flight arrived and took her to Harborview Medical Center in Seattle.

The cause for the collision is still under investigation.

Driver, who could not be in attendance, made a video that was played at the beginning of the ceremony.

She stated, “You are my heroes and without you I surely believe I would not be here today.”

The Life-Saving award may be presented by the WSP to citizens, employees, or other law enforcement officers who took life-saving action to save the life of another person without endangering themselves.