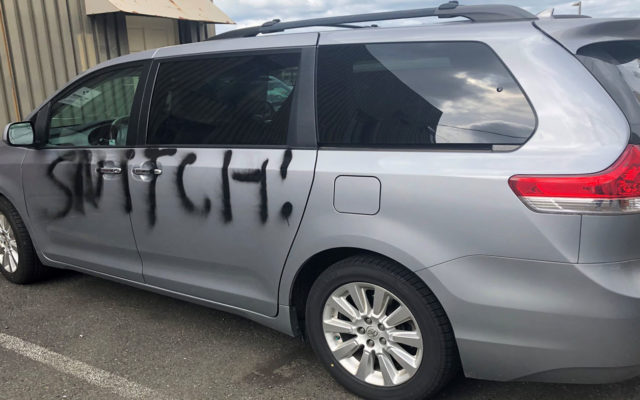 Aberdeen, WA – A woman was arrested after vehicles and businesses in downtown Aberdeen were spray painted and police confirmed that the incident was not related to the demonstrations that took place on Sunday.

The Aberdeen Police Department tells KXRO that on Sunday afternoon at around 4:25 p.m., Officers were informed of a woman spray painting a building in the 200 block of E. Market Street.

They say that as Officers checked the area, they located several vehicles and businesses spray painted with the word, “snitch.”

According to Aberdeen Police, a 51 year old Aberdeen woman was located nearby carrying a cap to a spray can and Officers also noticed that she had fresh paint on her finger that matched the color of paint on the vehicles and businesses.

Police say a witness also positively identified the woman as the one who was seen spray painting one of the buildings.

The woman was arrested and booked into the Aberdeen City Jail for multiple counts of malicious mischief.

During the investigation, it was discovered that she was in violation of a court order prohibiting her from being within a certain distance of a business as one of the vehicles spray painted was parked next to that business.

She was also booked for violation of the court order. 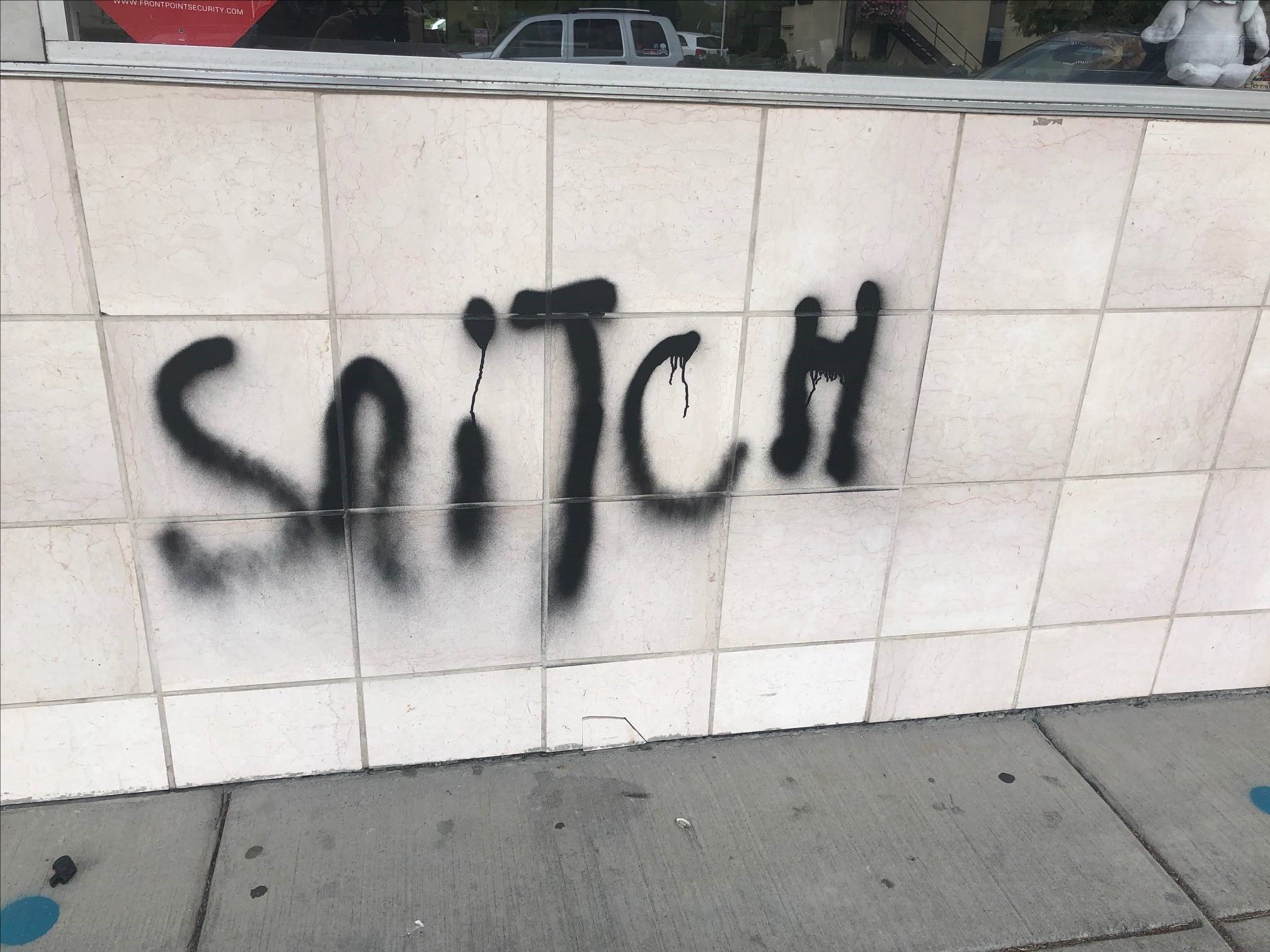 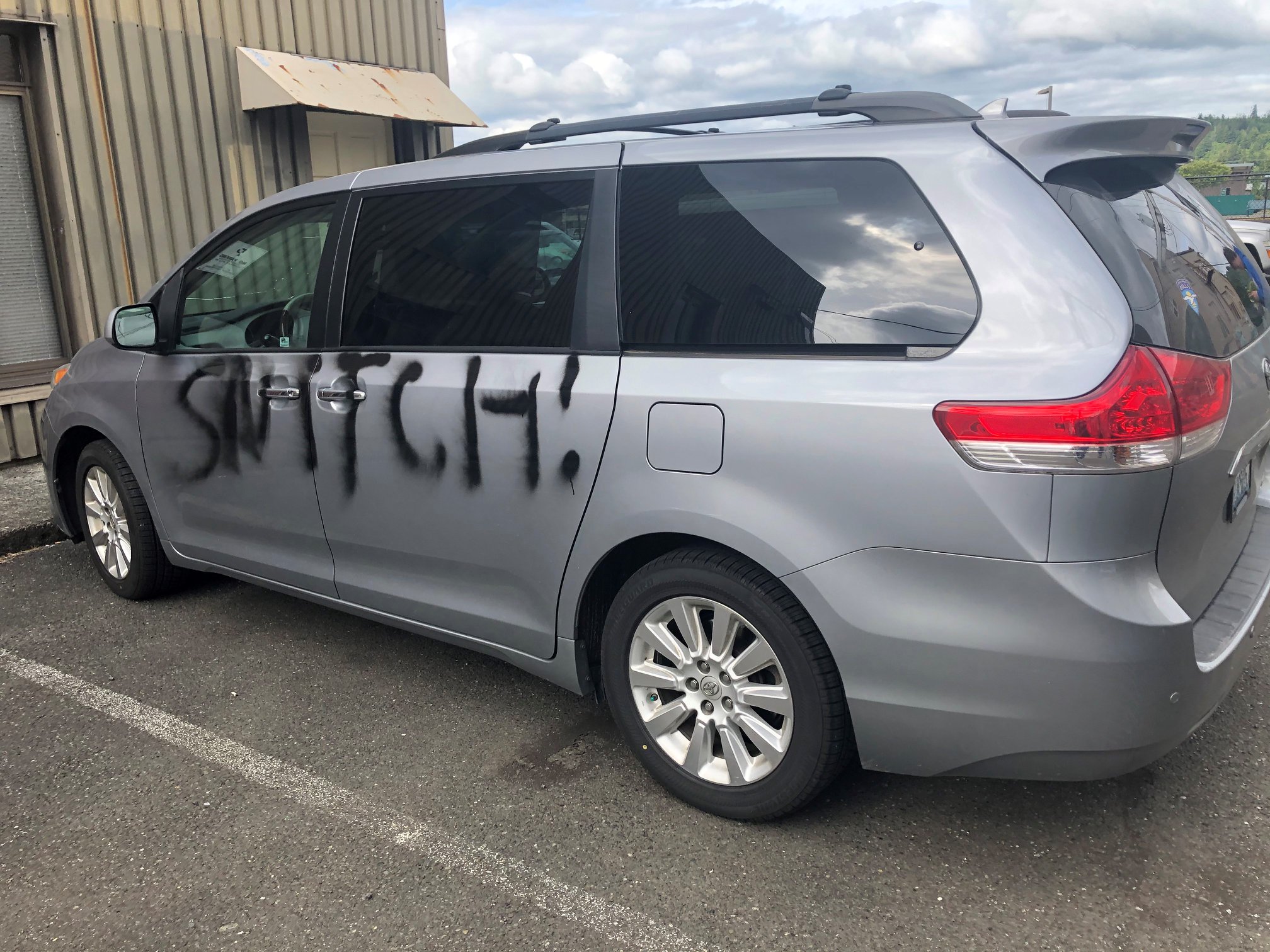