Wishkah selected as the name of the next Washington State Ferry 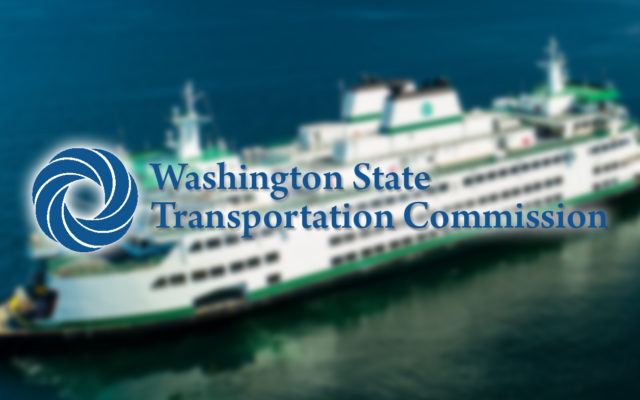 The Washington State Transportation Commission at their meeting Tuesday unanimously chose the name “Wishkah” for the state’s new ferry.

In July the commission solicited potential names for the next ferry, with some guidelines:

Wishkah was submitted by Robin Grace McPherson and a campaign via the Name the Ferry Wishkah Facebook page and a Change.org petition.

From application: “The Wishkah River runs from the Olympic foothills southward into Grays Harbor at the town of Aberdeen. From the earliest days of the Lower Chehalis people to the heyday of boomtown Aberdeen, the Wishkah has been a vital link between forest and sea that anchors the community.  The Wishkah River was originally crossed by ferry, and the steamer Wishkah Chief served the river and the harbor.”

In October it was announced that Wishkah made it into the six finalists.

The Ferry Wishkah is an Olympic Class 144-car ferry set for construction in 2022 with an estimated launch of 2025. When it does launch, it will be the first hybrid-electric ferry within the state fleet.

At the Tuesday meeting it was announced that Wishkah received the highest mean score among the Ferry Riders Opinion Group (FROG) survey panel out of the six finalists. 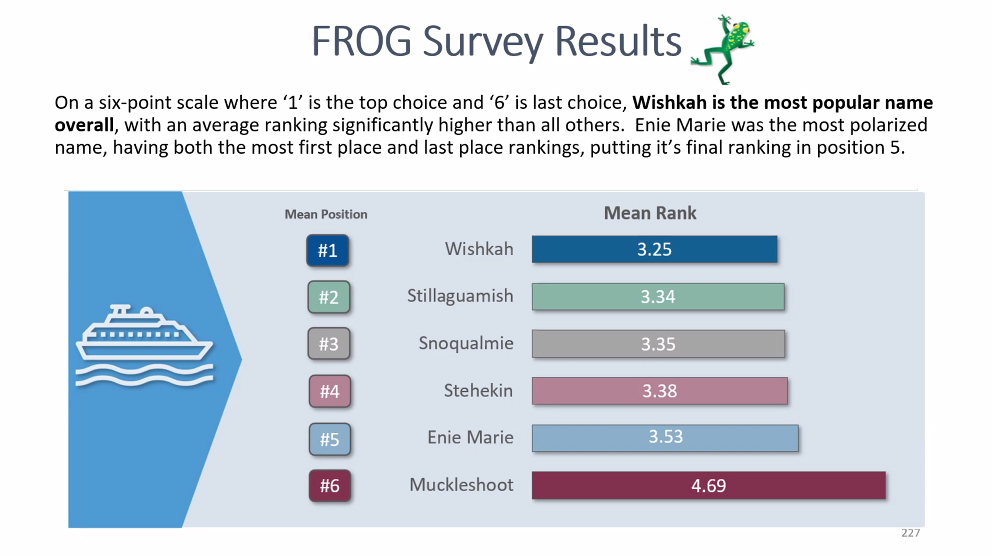 In addition, Wishkah was among the top 3 choices among both the Ferry Advisory Committees and the General Public. 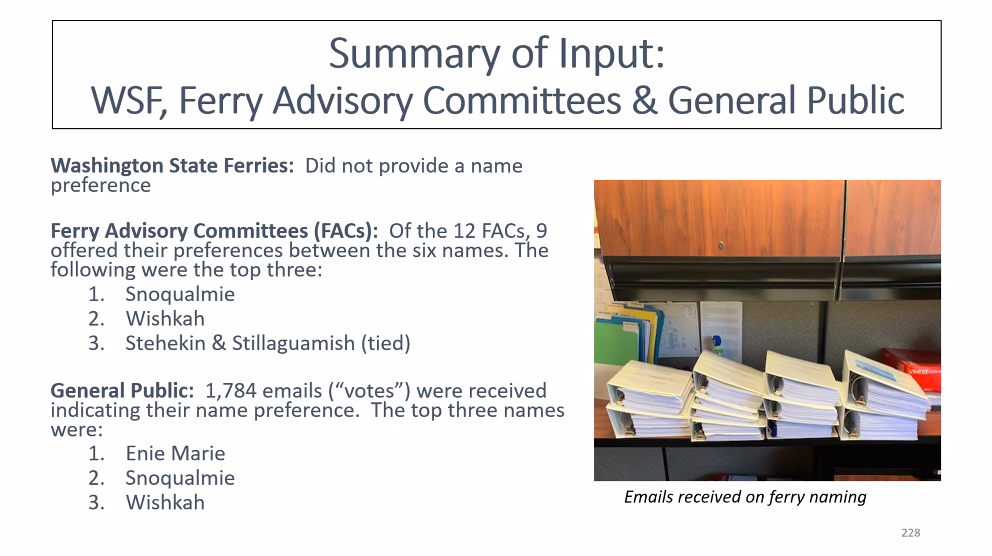 After hearing results on the public input, the commission voted unanimously to move Wishkah forward as their selection.

The other five naming options were Stillaguamish, Snoqualmie, Enie Marie, Stehekin, and Muckleshoot