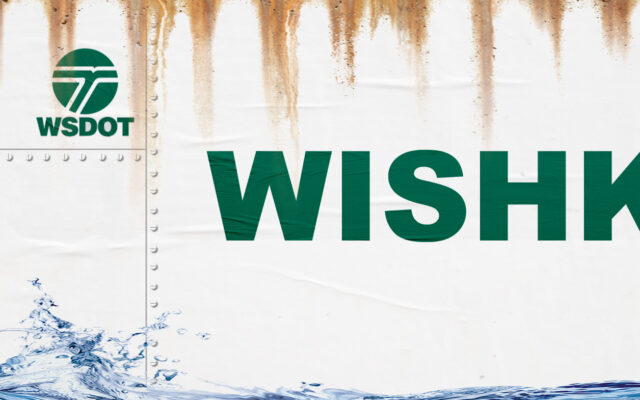 The Washington State Transportation Commission released the final six suggestions under review for the name of the state’s next new 144-car, hybrid-electric Olympic Class ferry, and Wishkah is among the finalists.

According to the commission, the six names were compiled following the October 8th deadline for submitting ferry naming proposals.

After review, the Commission looked through the eligible proposals and is advancing six finalists for public comment.

Wishkah was moved forward following the suggestion of Robin Grace McPherson and a campaign via the Name the Ferry Wishkah Facebook page and a Change.org petition.

Residents can review the names and submit their comments via an online comment form.

The Wishkah River runs from the Olympic foothills southward into Grays Harbor at the town of Aberdeen. From the earliest days of the Lower Chehalis people to the heyday of boomtown Aberdeen, the Wishkah has been a vital link between forest and sea that anchors the community.  The Wishkah River was originally crossed by ferry, and the steamer Wishkah Chief served the river and the harbor.

Chief Seattle’s granddaughter, Mary Ann Talisa Seattle was known as “Enie Marie”. “Enie Marie” Talisa Seattle lived in both the Salish world of her grandfather, and the immigrant Euro-American world of her husband William DeShaw. The newest addition to the Washington State ferry fleet is going to be a hybrid/electric ferry. It will burn both old fossil fuels and will run on clean electricity. It is a link between the past and the next step forward, which this name represents.

Stehekin is the name of a community, a river, and a valley at the north end of Lake Chelan, accessible primarily by ferry. The name comes from the Salish language family and means “the way through” or “passage”. The name serves to emphasize the importance of water routes to the region. The easiest way in and out of Stehekin is via ferry, just as the ferry system across the Puget Sound aids movement from the many islands, to the peninsulas, to the communities along the shores.

The Muckleshoot Tribe has a long history of inhabiting the Puget Sound. The Tribe is composed of descendants of the Native people who inhabited the Duwamish and Upper Puyallup watersheds of central Puget Sound, and is now located southeast of the City of Seattle on a plateau between the White and Green Rivers it the shadow of Mt. Rainier.  The Tribe’s name is derived from the native name for the prairie on which the Muckleshoot Reservation was established. Today, Elliott Bay is one of the Muckleshoot’s usual and accustomed fishing areas.

The Commission will select the final ferry name at its meeting on December 14, 2021.