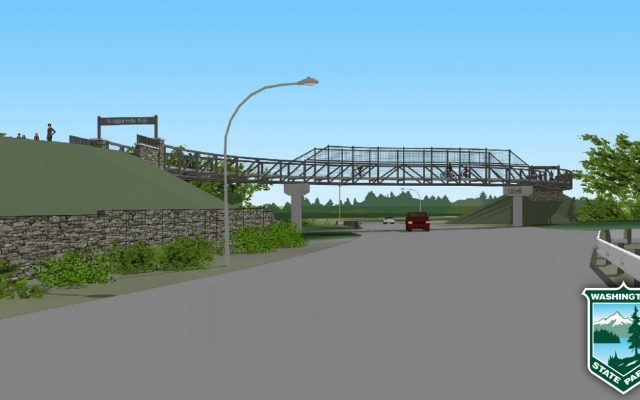 A portion of the Willapa Hills State Park Trail remains closed as construction to update the trail continues.

In a reminder from the Washington State Parks department, they note the trail closure between approximately MP4 to MP5.

The project was originally slated to begin in May of 2021, but met with COVID-related delays.

The closure has been in place for over a year as the project to work on an overpass spanning State Route 6 where the trail intersects the highway advances.

During the overpass construction, no detours are available.

State Parks staff developed the bridge recommendation after receiving community input at public meetings in 2018 and 2019.

The construction project began in September 2021, and was expected to last approximately 1-year.

The project is expected to be completed in April of 2023.