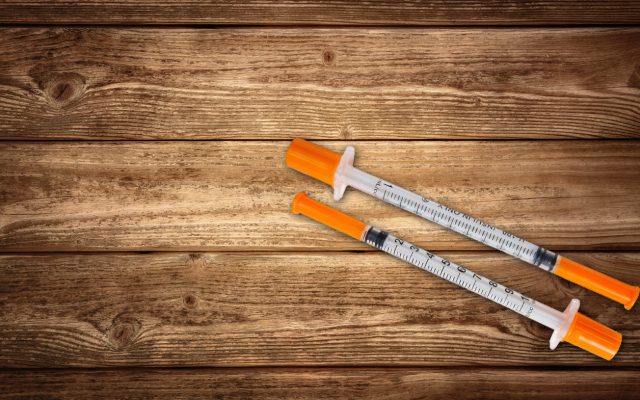 Willapa Behavioral Health will be distributing syringes in Grays Harbor when the county ends their program.

In a letter to Grays Harbor health officials, Willapa Behavioral Health Interim CEO Salina Mecham says that it is the intention of the organization to take over a portion of the Grays Harbor Syringe Services Program, effective April 1, 2021.

In January, the Grays Harbor Board of Health (comprised of the Grays Harbor County Commissioners) voted 2-1 to end the local funding for the syringe exchange program. At that meeting, public comment included numerous community members speaking against the program and a number of local health officials who spoke on the benefits they saw for continuing it, including ancillary impacts such as distribution of Narcan and access to provide individuals with information on drug addiction and recovery.

In their letter, Willapa Behavioral Health says that the plan would be to transition into the role of providing for the collecting, exchanging, and disposing of needles as well as offering information on recovery services.

Speaking with the commissioners, Mecham said that when the program starts it will be modeled after the current Grays Harbor exchange and modified as needed. She added that they have already been preparing for longevity with the service.

Mecham states that the initial plan is to implement a mobile service that would move a van and supplies to locations throughout Grays Harbor. She states that there are ongoing discussions with land owners who have expressed interest in participating, but there are no specific sites to be announced.

When asked by Commissioner Pine if local cities and communities would have a say in if they want the program in their area, Mecham said that the safety of their staff and clients are paramount, and they will provide service where it is needed, but it is important to know if a community is supportive.

The letter also states that it is believed that Grays Harbor County Public Health would continue to provide screenings for HIV or Hepatitis C as well as Naloxone for participants of the program.

Speaking with the commissioners, Mecham said that when the program starts it will be modeled after the current Grays Harbor exchange and modified as needed for the community. 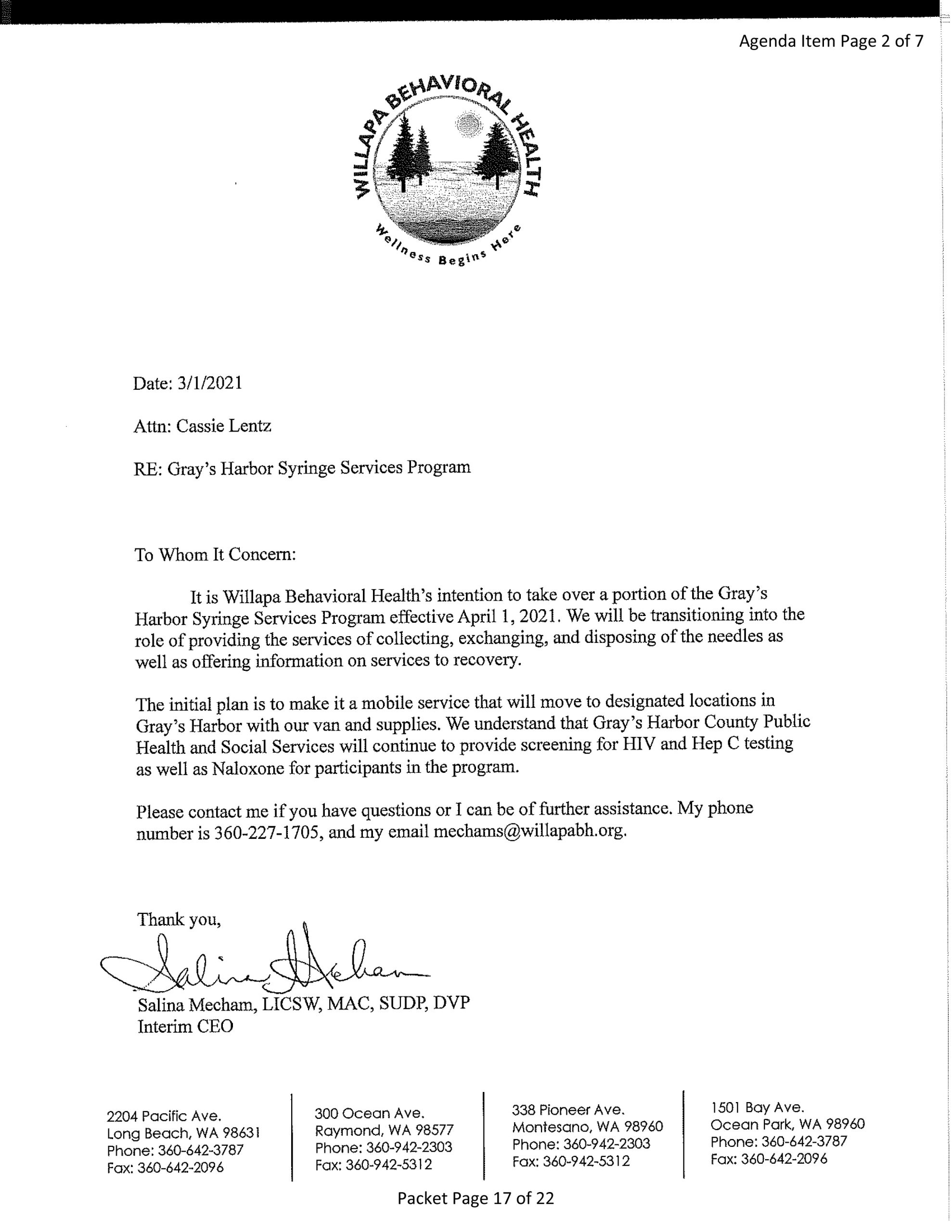 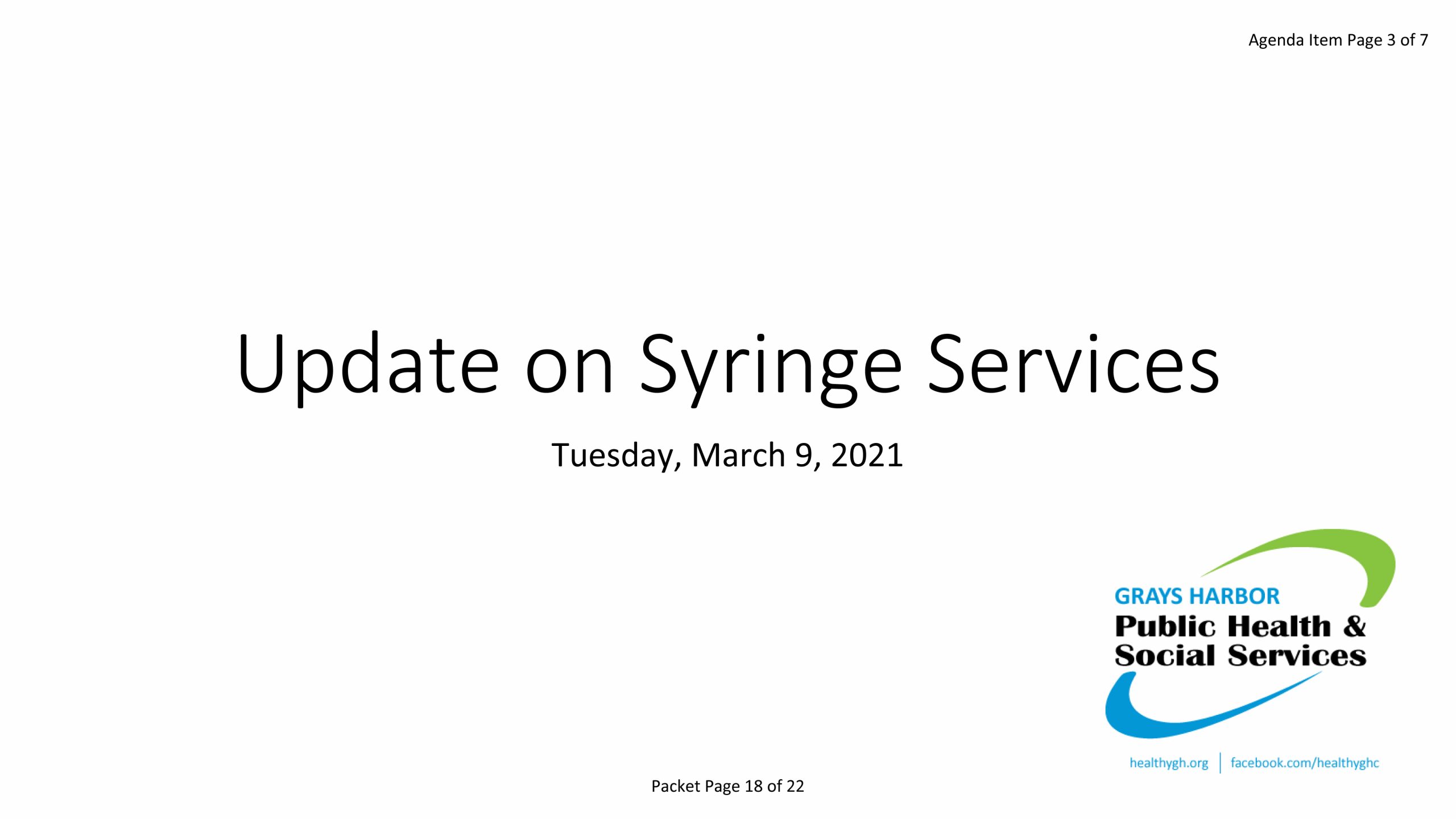 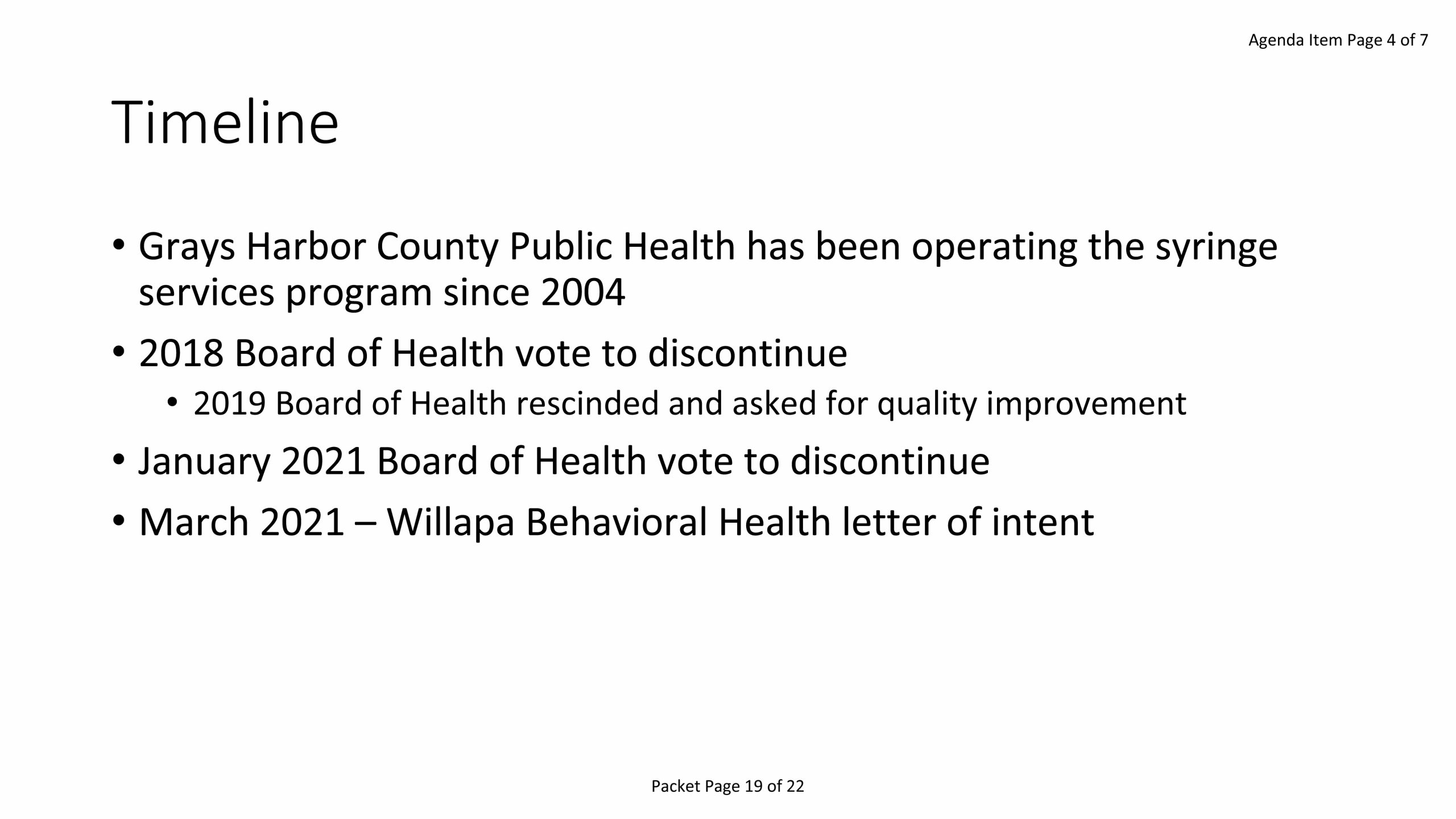 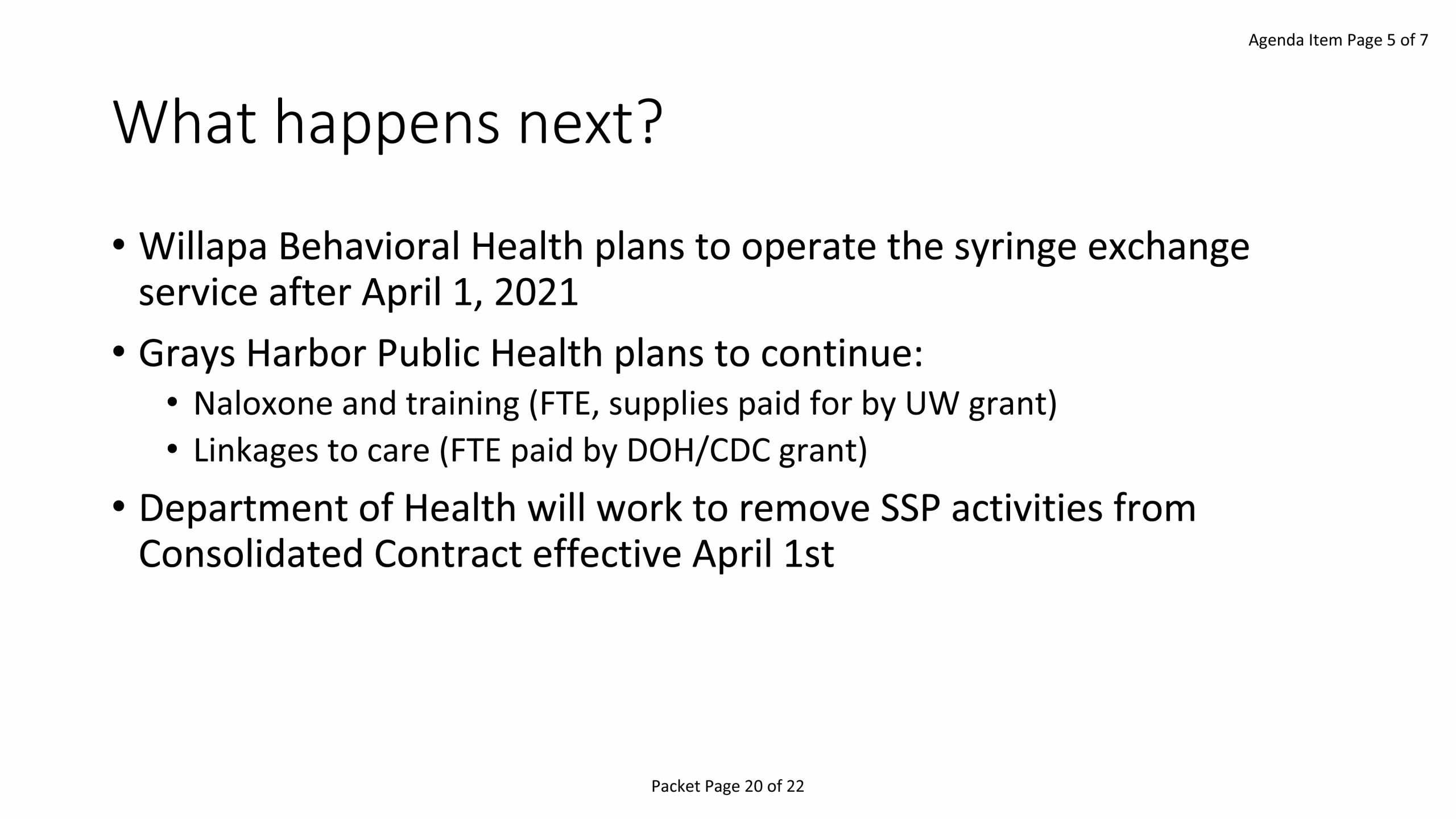 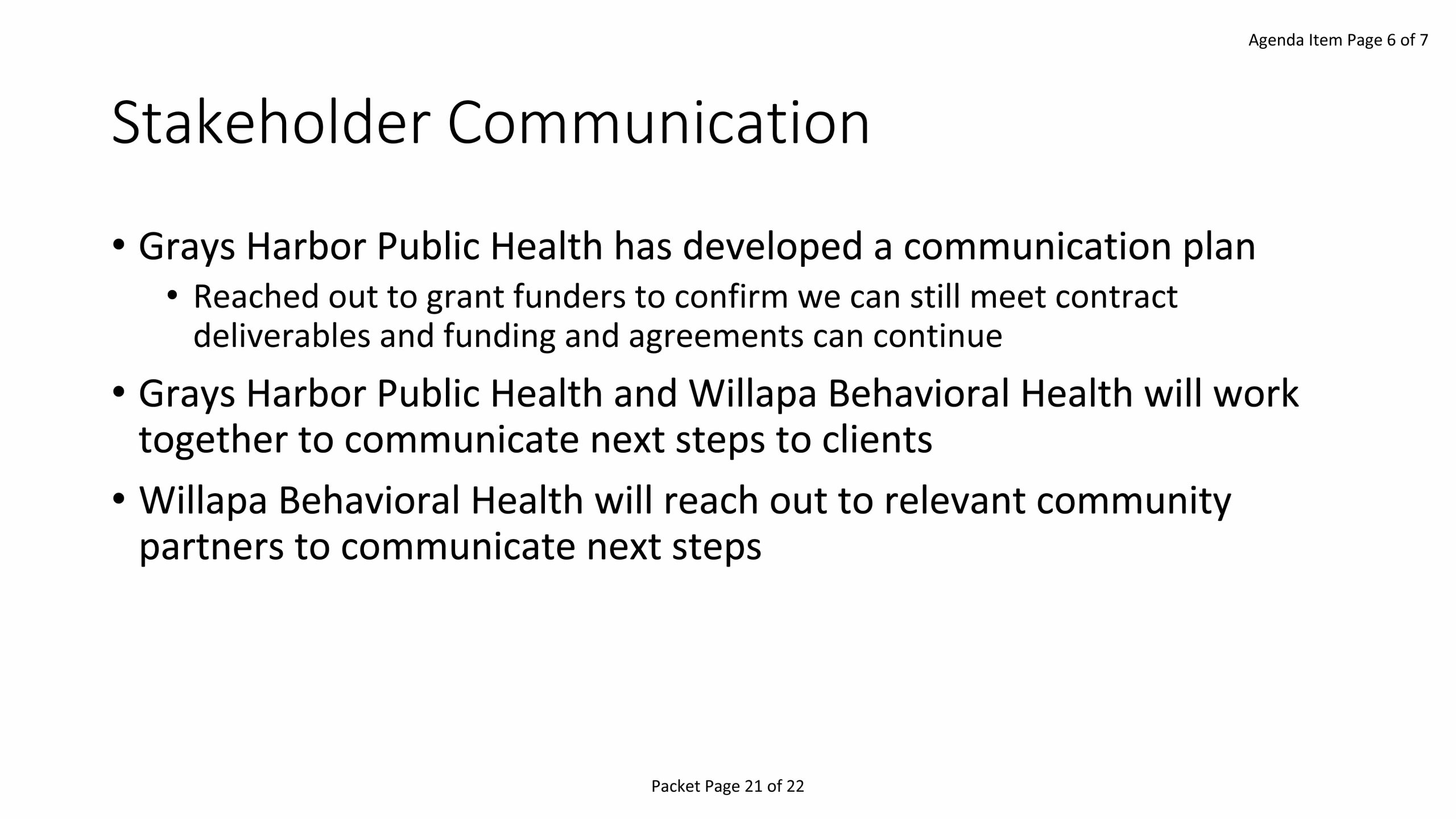