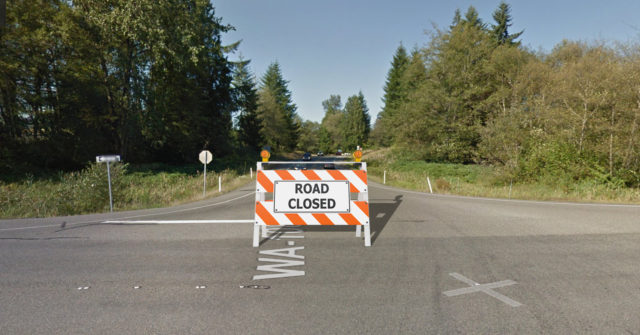 A fish passage project planned for 2017 will close the cutoff road from State Route 8 towards McCleary for 2 years.

According to the Washington State Department of Transportation, they will be replacing 2 culverts with 4 bridges near the State Route 108 connection from SR 8.

Claudia Bingham Baker with WSDOT told KXRO, “it will be closed the entire two years for safety reasons.“

” The reason we’ll close the SR 108 access to/from SR 8 is because the traffic realignment that will occur during the two years makes that access point more difficult for drivers turning onto SR 8. To decrease the potential for collisions, we chose to close the access altogether.”

WSDOT has been working to remove fish passage barriers for years, following a lawsuit by Washington tribes to protects and preserve salmon runs.

The state is required to “significantly increase the effort for removing state-owned culverts that block habitat for salmon and steelhead” by 2030.

McCleary Mayor Brent Schiller announced the plans for the closure to the council in July.

Anyone wanting to enter McCleary from the coast for those 2 years will need to use the Mox Chehalis exit from SR 8, or travel into town on the Elma McCleary road.

During the work, SR 8 will be reduced to one lane in each direction for the duration of the two years.

The project is scheduled to begin construction in 2017.

More about:
Department of Transportation
WSDOT